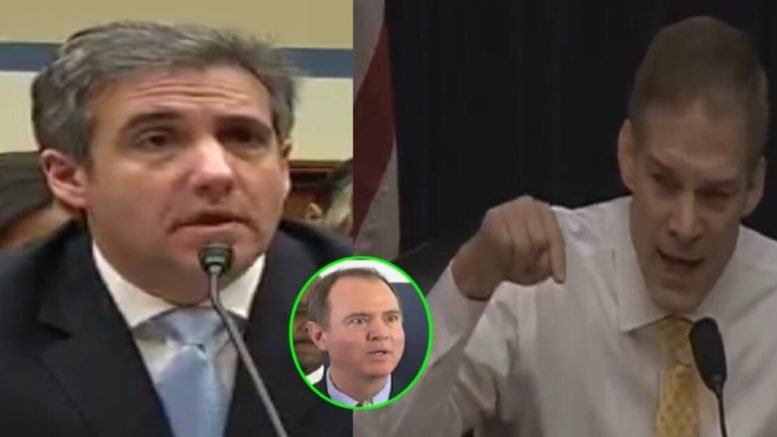 While President Trump is overseas in Vietnam, Democrats pulled out their dirty tricks to bring in their first “big witness,” who is is a proven liar, in hopes to start their “impeachment process” against the President. (Video Below)

During the hearing, Rep. Jody Hice (R-GA) grilled Michael Cohen and got him to admit what Democrats are up to.

Rep. Hice wanted to know who Cohen consulted with to prepare for the hearing besides his lawyer, Lanny Davis.

Related: When Asked If He Prepared For The Hearing With Dems, Cohen Let The Cat Out Of The Bag: ‘We Spoke With Schiff & His People’)

Cohen admitted, “We’ve spoken with the [Democrat] party.” (Video Below)

Then, Cohen admitted he spoke with Chairman Adam Schiff and his people. “We spoke with various individuals that you raised, yes.” Cohen revealed to the committee.

“What did you talk to Mr. Schiff about?” Jordan asked Cohen point blank.

“I spoke to Mr. Schiff about about topics that were going to be raised at the upcoming hearing.” Cohen admitted.

“Whoa! Not just what time to show up, actually what you’re going to talk about? Wow!” Jordan expressed.

Cohen says he spoke to House Intelligence Committee chairman Rep. Adam Schiff about what topics would be covered in Wednesday's hearing https://t.co/4McXejykRV pic.twitter.com/Ax3cMNrszx