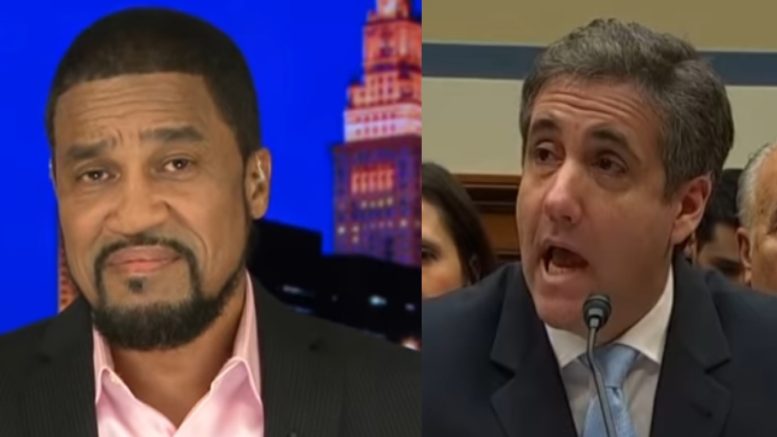 Pastor Darrell Scott, who is part of President Trump’s transition team, let loose on multiple claims made by Michael Cohen at his public Congressional testimony.

Cohen spent much of the hearing attacking the President’s character, and he made several claims while telling his side of the story, which Pastor Scott said are nothing but more lies coming from the convicted liar.

Statements made by Cohen, that Pastor Scott said he knows are lies, includes when he stated Trump is “racist,” Trump didn’t want to win the election, nobody was allowed behind Trump’s desk, and that Cohen didn’t want a job in Trump’s administration.

Scott tweeted rebuttals to specific statements made during the hearing. He provided photo and video as backup that paint a different picture than what Cohen tried to portray.

The first statement tackled by Scott came when Cohen said he didn’t want a job in President Trump’s administration.

Pastor Scott said in a tweet, “Michael Cohen asked…no, BEGGED me REPEATEDLY, to ask the POTUS to give him a job in the Administration! He’s STILL lying under oath!” Continued Below

Then when Cohen tried to suggest that Trump was strict on not allowing anyone to walk behind his desk, Pastor Scott provided picture evidence that proved this was a lie.

Related Article: Meadows Catches Convicted Liar Cohen In The Act Of Lying During Testimony: ‘Don’t Give Me That Bull!’

He captioned a picture of him posing with Trump behind his desk with one of his colleagues that read, “NOBODY walked behind President Trump’s desk”…I walked behind it several times. Here’s me behind it on the morning of the election.” See Below

Scott then took aim at when Cohen called Trump a racist. He retweeted a video with the caption: “Here’s Cohen IN CHURCH stating that the President is not a racist!”

Finally, Pastor Scott focused on Cohen’s claim that Trump didn’t really want to win the election. Here is his dual-tweet response to that:

"Trump didn't want to win"? I said to POTUS, when Kellyanne was hired"You're re-writing the rules. Usually a candidate sticks with the same campaign manager throughout the campaign." He replied to me "I would fire her the night before the election if that's what it took to win"!

Oh my! The Democrats’ “star witness” looks to be a complete liar! Can anything he said be believed?