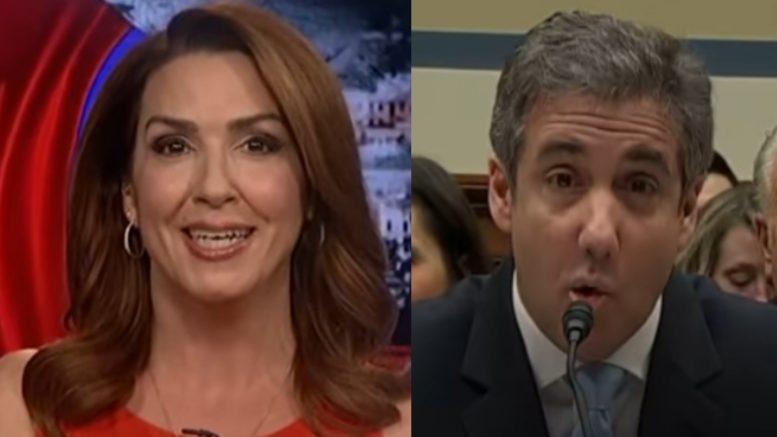 Cohen spent a great majority of his time bashing President Trump, despite being his lawyer for over a decade. And, as Sara Carter pointed out, the entire hearing that appeared to be designed by Democrats to overshadow Trump’s talks with Kim Jong Un “backfired miserably.”

Carter likened Cohen’s testimony to that of recent rumors, lies and disinformation spread by former FBI official Andrew McCabe, without “a single shred of evidence.”

In regards to Cohen, Carter said, “I describe him as a jilted lover just lashing out at President Trump continuously.”

Hannity interrupted and said, “Sara, they don’t care about Michael Cohen. Look what they did to him today. They put him in more legal jeopardy.”

Sara replied, “Absolutely he’s in more legal jeopardy on a couple of fronts.” Video Below

She said, if anything, what we did learn from Cohen’s testimony is that there was no evidence collusion or conspiracy.  “The dossier has been proven, once again, to be totally debunked,” Carter said. “It was a lie.”

Sara concluded, “Americans know who really colluded and it wasn’t Donald Trump’s campaign with the Russians.” She continued, “It was Hillary Clinton’s campaign, the DNC, the Never-Trumpers–all of the people that wanted to go after Trump during the 2016 campaign–they colluded and put disinformation on the American media in an effort to destroy a duly elected President.” Video Below