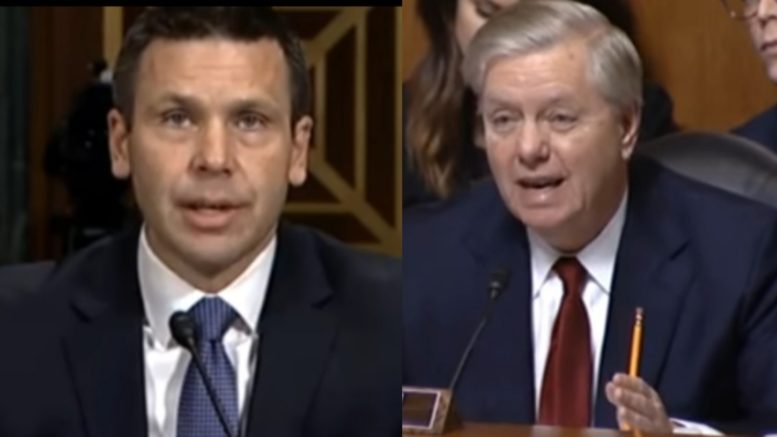 While asking McAleenan a series of questions, Graham was taken aback when he heard the percentage of illegal migrants that are arrested outside of U.S. points of entries along the southern Mexican border.

McAleenan responded, “87% of crossings in February were illegal crossings.”

With those facts reported, Graham asked with a surprised face, “That’s why you need barriers?” And McAleenan said, “We absolutely need barriers.”

Graham then repeated the information back, verifying the 87% of the arrests in February occured outside of the U.S. point of entry, to which McAleenan replied, “Correct.”

Graham then pointed out how McAleenan outlined the top 10 places where he thinks a barrier would make a significant difference. Graham asked him, “You didn’t just make this up?”

McAleenan declared, “We submitted a rigorously developed border security improvement plan to Congress outlining our priorities along the the entire southwest border.” Video Below