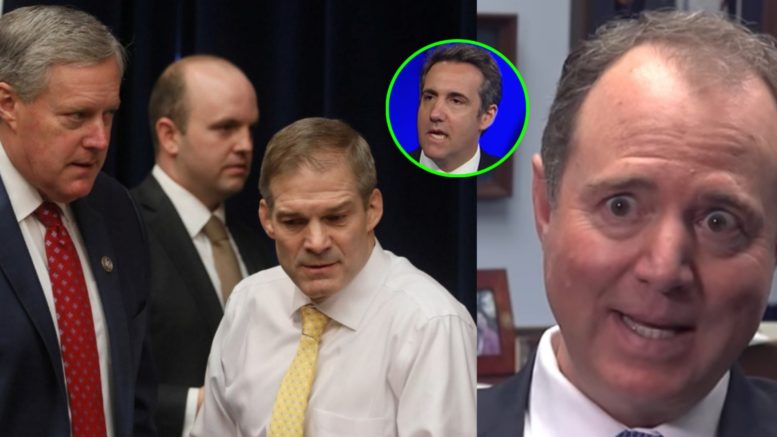 Democrats’ first ever star witness, Michael Cohen, may have done more damage than good for the left’s mission against President Trump.

Cohen is alleged to have lied while making multiple statements made during his public hearing. And now, Republicans are focusing on one statement, in particular, where Cohen claimed to have met with Democrats prior to his testimony.

Reps Jim Jordan and Mark Meadows initially took note when Cohen said he met with House Intel Chairman Adam Schiff to “discuss topics that were going to be raised” at his hearing.

While being interviewed on Face The Nation, Schiff verified meeting with Cohen, but said it was only to invite him to testify and to “allay his concerns” about apparent threats Cohen accused the President of making.

Jordan and Meadows’ interest in the meeting intensified as a new report revealed the meeting between Schiff and Cohen lasted for over 10 hours. So now, according to Meadows, the main question is: “Did Democrats lead the witness?”

The two Republican congressmen sent a letter to Michael Cohen’s personal attorney to get to the bottom of it. Official Letter Below

Is Schiff Or Cohen Lying?

In their joint letter, Jordan and Meadows laid out the two conflicting statements made by Cohen and Schiff.

The letter states, “These conflicting statements can not both be true–either they discussed hearing “topics” or they did not. If Chairman Schiff’s communications with Cohen were, in fact, as limited ad Chairman Schiff stated on Face The Nation, then we are faced with the potential that Cohen made another false statement  during his testimony before the Committee.”

Their letter then demands a detailed description of Cohen’s account of what exactly was discussed during the meeting. See Letter Below

Here is a copy of the official letter sent to Michael Cohen’s personal attorney, Michael Monico: 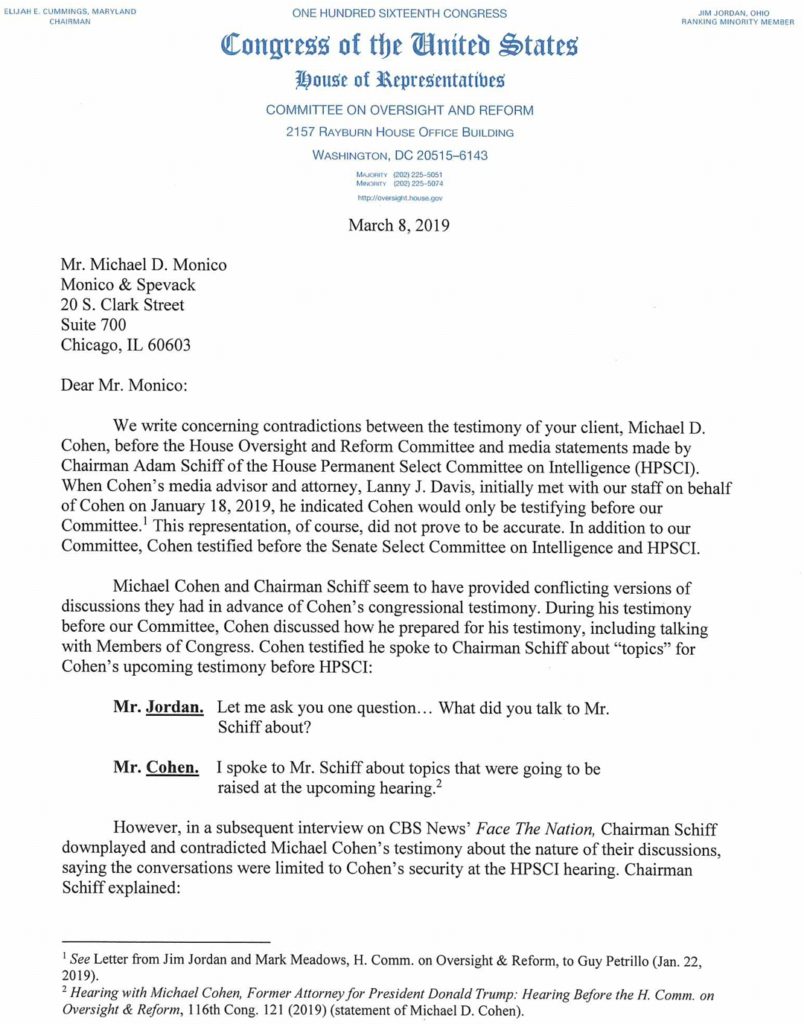 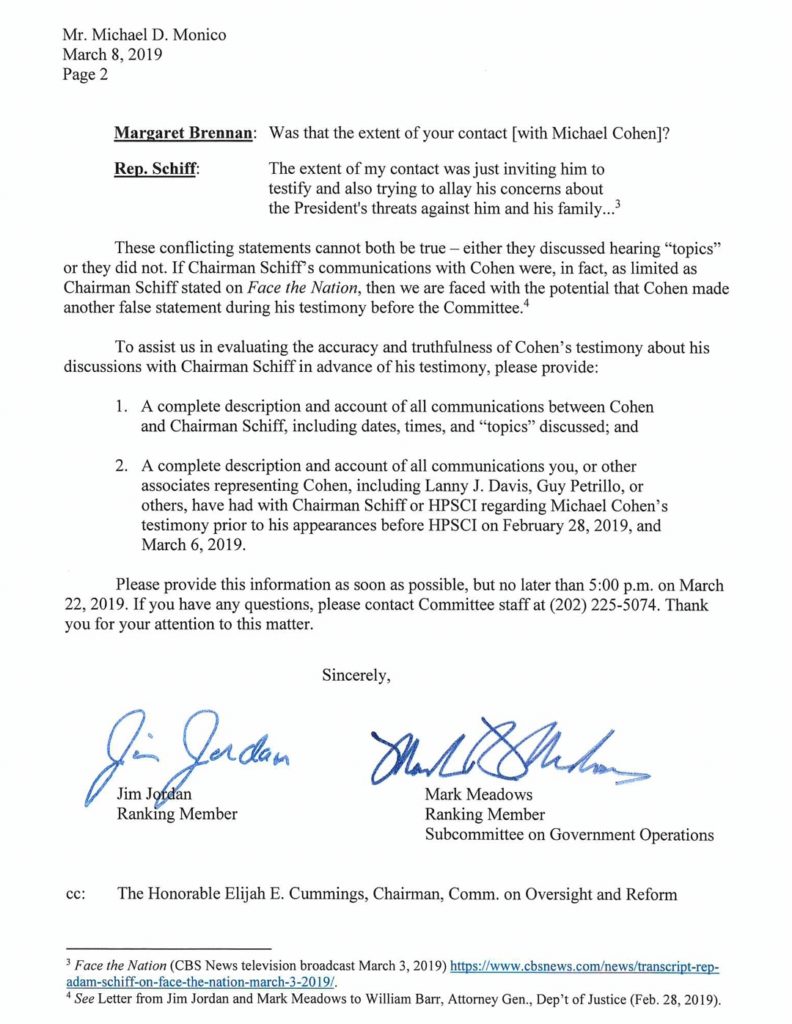 Mark Meadows tweeted this out after the letter was sent off.

Before Michael Cohen's testimony last week, he and Adam Schiff met for TEN hours. But last Sunday, Schiff told CBS his only contact with Cohen was to "invite him to testify" and "allay concerns."

We need answers. Did Democrats lead the witness?

We leave you with video of Rep. Wenstrup discussing the controversy surrounding Schiff’s meeting with Cohen.