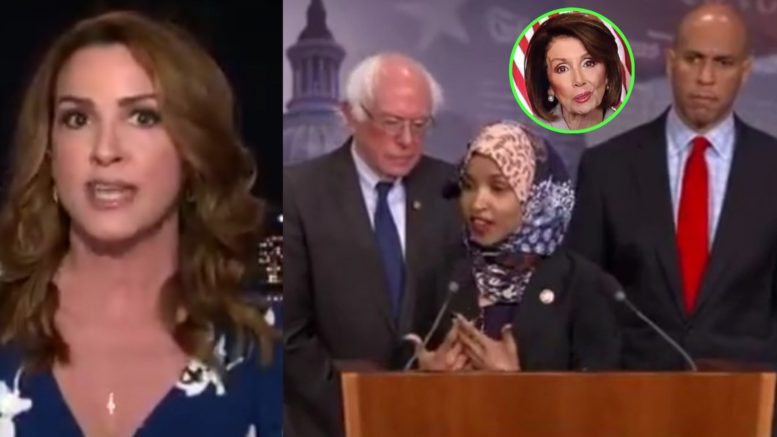 Omar’s anti-Semitic comments have become a big problem for Democrats, according to Solomon, as many of them are privately voicing their frustration on the matter, and it has become a “nightmare” for Nancy Pelosi.

Sara Carter indicated how radicals, such as Ilhan Omar, Linda Sarsour and Rashida Tlaib have come out as the big winners from their rhetoric. While she said, “The big losers are the Democrats, Nancy Pelosi and everyone else.”

She explained, “The fact that anti-Semitism is on the rise in Europe–we’ve seen it here in the United States–and now they’ve tried to normalize anti-Semitism in their discourse, this is terrible.”

Carter discussed her conversation she had about Omar with a former Wall Street Journal reporter who is Muslim. According to Carter, the reporter said what we are seeing out of Omar is “Muslim supremacy.”

She said, “This is not about [Omar] being the victim. This is about her believing she’s more important and better than anyone else and Americans have to understand that.”

John Solomon added, “It’s thrown the Democrats off their game. They’re spending their time defending or trying to excuse bad behavior. And it’s a nightmare for Nancy Pelosi, it really is.” Video Below

.@jsolomonReports and @SaraCarterDC joined me to talk Ilhan Omar, Adam Schiff, and more of the chaos in Washington –take a look: pic.twitter.com/zbNY5zpNQW