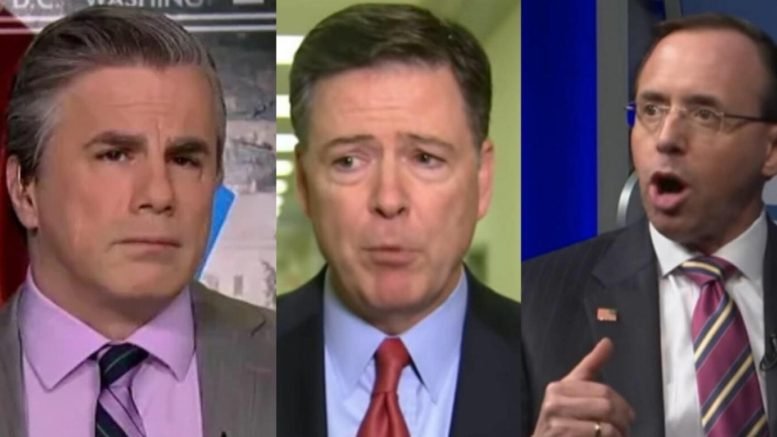 Judicial Watch announced Wednesday that it filed a Freedom of Information Act (FOIA) lawsuit against the Department of Justice for all records of communications of Deputy Attorney General Rod Rosenstein between May 8 and May 17, 2017.

This comes after the DOJ failed to respond to a September 21, 2018, FOIA request, Judicial Watch previously filed. (Video Below)

Judicial Watch is once again doing the heavy lifting in federal court to get answers for the American people.

According to the press release, Judicial Watch filed the lawsuit after the DOJ failed to respond to a September 21, 2018, FOIA request (Judicial Watch v. U.S. Department of Justice (No. 1:19-cv-00481)).

JW seeks: Any and all e-mails, text messages, or other records of communication addressed to or received by Deputy Attorney General Rod Rosenstein between May 8, 2017, and May 22, 2017. (Video Below)

The press release further notes, the time period referred to in the suit was a critical one. On May 8, 2017, Rosenstein wrote a memo to President Trump recommending that FBI Director James Comey be fired. The next day, President Trump fired Comey. On May 17 Rosenstein appointed former FBI Director Robert Mueller to investigate Russian meddling in the 2016 presidential election.

(Related: Fitton Discloses Why He Thinks The Pending Rosenstein Interrogation Is One Giant Farce)

Between May 8 and May 17, Rosenstein met with then-acting FBI Director Andrew McCabe and other senior Justice Department FBI officials and discussed invoking the 25th Amendment to remove President Trump and whether Rosenstein and others should wear a wire to secretly record conversations with the President. (Video Below)

“These critical days in May, a scant three months into President Trump’s term, included extraordinary targeting of President Trump by Rod Rosenstein and other Deep State officials at the DOJ and FBI,” Tom Fitton said.

America’s Watchdog also pointed out that Rod Rosenstein has not been questioned about this “Deep State coup attempt” on President Trump, and Judicial Watch wants answers.

Thank you, Judicial Watch. Keep up the fight while uncovering the truth for the American people!