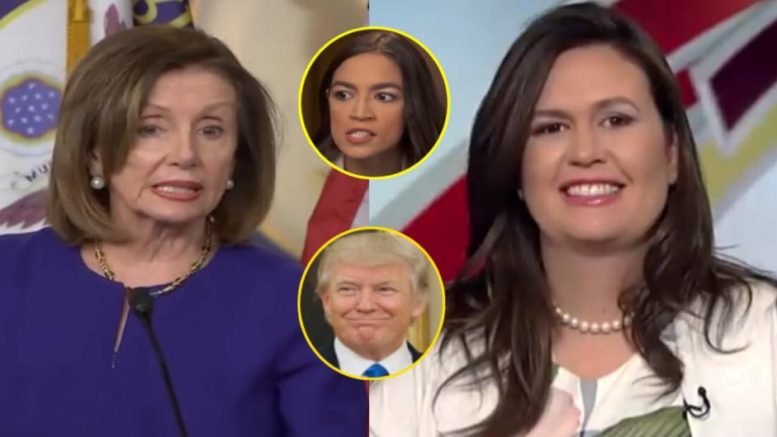 Nancy Pelosi made an attempt to halt impeachment talks among her party on Monday.

“I’m not for impeachment,” Pelosi told The Washington Post Magazine in an interview. “Impeachment is so divisive to the country that unless there’s something so compelling and overwhelming and bipartisan, I don’t think we should go down that path, because it divides the country.” She added, “And he’s just not worth it.”

Sarah Sanders said the fight in the Democratic Party over whether to push for the impeachment of President Trump shows that Pelosi is losing control of the party.

“Look, I think Nancy Pelosi is clearly already starting to lose control of her party, I think we’re seeing that on a lot of things that have taken place over the last couple of weeks.” Sanders said. (Video Below)

The White House press secretary explained that she was “glad [Pelosi] sees that the rest of us see, that there’s no reason, no cause for impeachment.”

“I think it’s time for other Democrats in Nancy Pelosi’s party to get on board and start doing what they were elected to do– do their jobs and quit trying to focus so much on making excuses for the historic loss that they suffered in 2016. Lets work with the President and solve some real problems,” Sanders suggested. (Video Below)

Sanders noted that the White House is focused on and doing what the American people actually care about, adding a list of achievements the President is fulfilling.

“Nobody wants to see President Trump impeached because, other than Democrats in Congress who are failing, who have no other message, and that’s because our country is doing better,” she said. “I know that this is hard for them to run against in 2020, and I think they’ve got a very, very hard uphill battle ahead of them.”