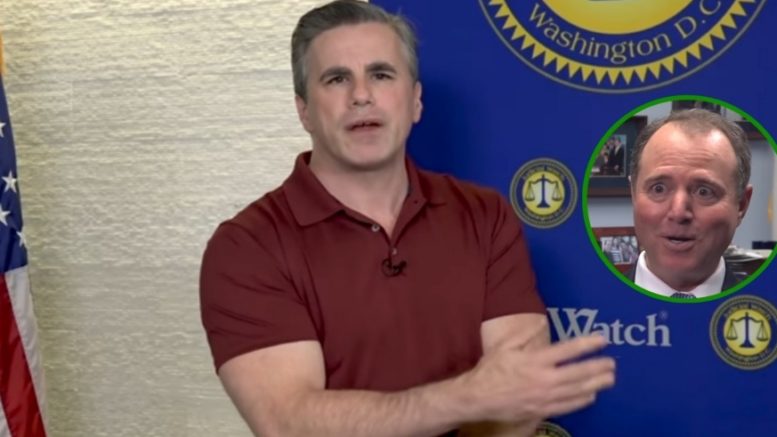 Schiff’s meeting with Cohen, a convicted liar, is now reported to have taken a total of 10 hours prior to Cohen’s testimony in front of Congress, as Republicans are worried that witness tampering could have occured.

D.C. Watch Dog and President of Judicial Watch, Tom Fitton, is seeking to get to the bottom of it all.

Related Article: Meadows & Jordan Send A Letter To Cohen’s Attorney To See If Adam Schiff Is Lying Or Not

He said, “Judicial Watch just filed an ethics complaint against Adam Schiff, the leading Democrat who runs the House Intelligence Committee.” Video Below

Fitton continued, “We want an investigation into his communications with two witnesses: Glenn Simpson of Fusion GPS, the Clinton-linked firm that created the fake dossier against President Trump and Michael Cohen, President Trump’s former personal attorney, who may have lied repeatedly to Congress last week.”

Fitton claims the problem is that Schiff’s staffers “may have personally talked with Cohen prior to his false testimony.”

He then concluded, “obviously the House ethics process needs to look at what Mr. Schiff was up to in communicating with these witnesses in highly irregular ways.” Video Below

Rep. Schiff has an ethics problem. His and his staff’s irregular communications with anti-@RealDonaldTrump witnesses Simpson and Cohen reflect poorly on the credibility of the House and its committees’ investigations. https://t.co/uvZiY1lDS6 pic.twitter.com/zsleEBnwL4