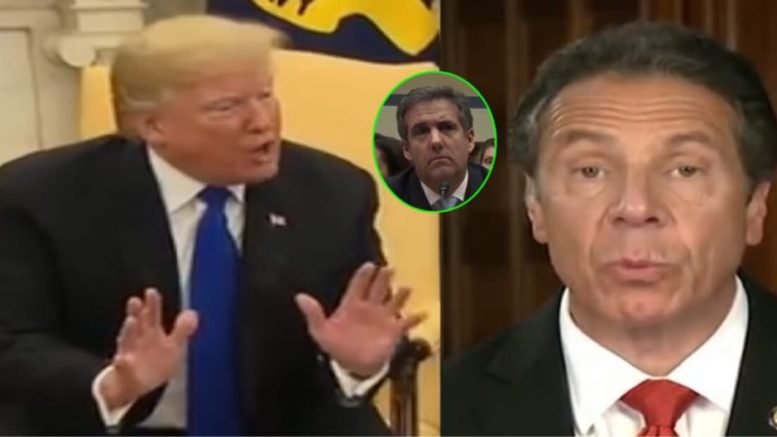 President Trump took to Twitter Tuesday where he blasted Gov. Andrew Cuomo (NY-D) after the state escalated an investigation into the President’s family business.

This comes after Michael Cohen testified before Congress and in turn, being a target by Trump-haters.

President Trump wrote on Twitter, “New York State and its Governor, Andrew Cuomo, are now proud members of the group of PRESIDENTIAL HARASSERS.”

He added, “No wonder people are fleeing the State in record numbers. The Witch Hunt continues!”

The New York AG issued the subpoenas after Michael Cohen testified to Congress that President Trump inflated his assets in order to obtain loans from Deutsche Bank. (Continued Below)

President Trump hit back at Cuomo, “WE’RE NOT GOING TO MAKE AMERICA GREAT AGAIN, IT WAS NEVER THAT GREAT.” Can you believe this is the Governor of the Highest Taxed State in the U.S., Andrew Cuomo, having a total meltdown!” (Continued Below)

New York State and its Governor, Andrew Cuomo, are now proud members of the group of PRESIDENTIAL HARASSERS. No wonder people are fleeing the State in record numbers. The Witch Hunt continues!

Fitton pinned an article from Byron York of the Washington Examiner who wonders, “Some agencies had a decade or more to probe Trump biz, yet somehow they’re just getting around to it now. Why is that?”

.@RealDonaldTrump targeted for more harassment by another out-of-control prosecutor. https://t.co/FIF936Th6V

Governor Cuomo also posted a statement on Twitter on Monday, claiming the President didn’t provide funding for his Gateway tunnel.

The Trump Administration is claiming that funding the Gateway project is the sole responsibility of local officials — even though Amtrak owns the tunnel.

They must stop playing political games and can’t hold this funding hostage. Inaction will be catastrophic. pic.twitter.com/rdjh061CPy

(Related: After Cuomo Slams America, Harris Faulkner Throws Her Book At Him & Teaches Him A Lesson)