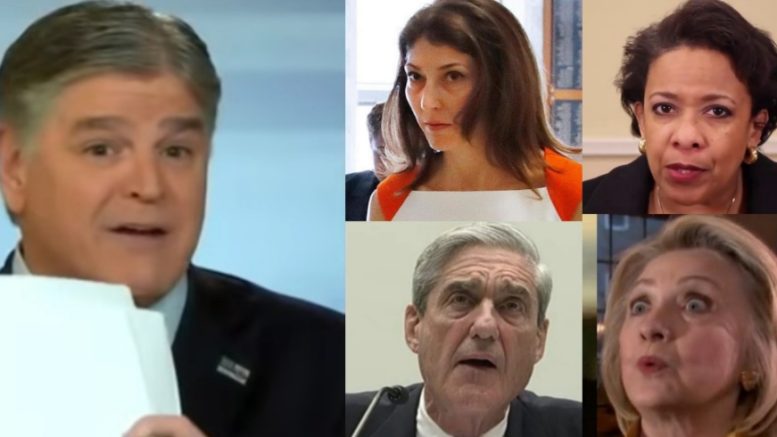 After reading through the transcripts, Sean Hannity shared key takeaways proving that not only did Hillary Clinton get special treatment from Obama’s DOJ and FBI, but that President Trump has been subject to nearly three years of orchestrated persecution as there appears to be no evidence of collusion ever found.

Hannity began by stating the Page transcripts shows more corruption among deep state operatives. He said, “They sought, they gave special treatment during the investigation into Hillary Clinton, all while persecuting her opponent Donald Trump.”

He then said it’s clear after reading the transcripts that Obama’s Justice Department was “unusually intrusive into the FBI’s criminal investigation into Hillary Clinton.”

Hannity claims Obama officials orchestrated it from the top, led by Loretta Lynch, to ensure Democratic candidate Clinton would be absolved of any wrongdoing even if it meant changing all rules and protocol. Video Below

According to the same transcripts, Hannity said Page admitted that after nine months of investigating, there was no collusion between President Trump’s campaign and Russia.

Citing the nine months of investigation done before Mueller’s probe combined with no evidence of collusion ever found to this day, Hannity concluded, “Everyone around the President has been subjected now to literally three years of harassment.”

He then dropped a bomb, when stating, “Justice, I can tell you and report from my sources tonight, is on the horizon.” Video Below