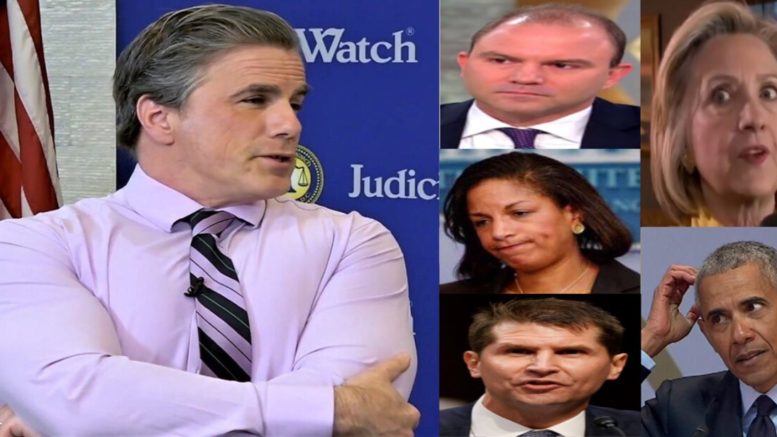 Judicial Watch is fighting for the American people, and continues to do the heavy lifting exposing the truth. While Democrats continue their dirty charades against a sitting President, and scheduling hearings with anyone associated to Trump– in their search to “find crimes”, Judicial Watch is getting to bottom of real corruption that the mainstream will cover up and bury.

According to a new press release, Judicial Watch announced Wednesday a schedule of depositions of senior Obama-era State Department officials, lawyers, and Clinton aides who have been ordered by the court to provide answers under oath to Judicial Watch’s questions about the Benghazi and Clinton email scandals.

Last week, President of Judicial Watch, Tom Fitton, revealed breakthrough progress on the Clinton email scandal that he has been pursuing for quite a while.

“We have discovery that’s going to take place over the next few months. Discovery means evidence gathering. It means bringing people under oath and questioning them in person.” Fitton declared, “We have ten depositions scheduled over the next several months!” [Emphasized]

Judicial Watch seeks: Copies of any updates and/or talking points given to Ambassador Rice by the White House or any federal agency concerning, regarding, or related to the September 11, 2012 attack on the U.S. consulate in Benghazi, Libya.

Any and all records or communications concerning, regarding, or relating to talking points or updates on the Benghazi attack given to Ambassador Rice by the White House or any federal agency. (Continued Below)

Further, Judicial Watch gave a schedule of depositions for the senior Obama-era State Department officials, lawyers, and Clinton aides that will be testifying.

Judicial Watch announced on Wednesday that the first witness testifies on Thursday. Justin Cooper, a former aide to Bill Clinton who reportedly had no security clearance and is believed to have played a key role in setting up Hillary Clinton’s non-government email system will answer questions under oath and in person on Thursday, according to the press release.

Additionally, eight other dates for depositions of former Obama officials and Clinton aides are also listed in the press release, including other officials who do not have to give an in-person testimony, but are required to answer written questions under oath. 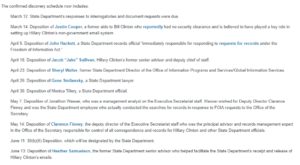 “Judicial Watch is doing the heavy lifting on the ongoing Clinton email scandal, even as Congress dropped the ball and DOJ and State continued to obstruct our quest for the truth,” said Judicial Watch President Tom Fitton. “The Court in our case wants real answers on the Clinton email scandal which is why our request for basic discovery was granted.”