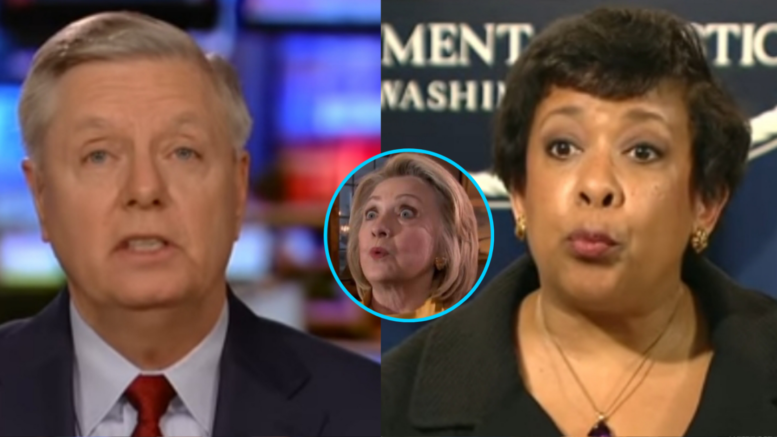 Lindsey Graham joined Sean Hannity to discuss implications stemming from Lisa Page’s transcripts, which were recently released to the public.

As shown in the transcripts, Page suggested that Barack Obama’s DOJ, led by Loretta Lynch, ordered the FBI to not file criminal charges against Hillary Clinton related to her email probe. The move came soon after Lynch’s infamous tarmac meeting with Bill Clinton, as Page said the FBI was fully prepared to file criminal charges.

Graham said he’s ready to get to the bottom of what all the new revelation entails because the public deserves to know. He provided Hannity with two major questions he wants answered by former Obama officials.

The two questions he wants answered are, “Did they short-circuit the Clinton email investigation because they wanted her to win, and they knew if they charged her, she might lose? Did they start the Russian investigation against Trump as an insurance policy in case he did win?”

Graham then said it is highly important that a special counsel gets appointed to look in to the actions in question by former Obama officials. And he unveiled his plans to call individuals before the Senate since the House will not do it.

As for Loretta Lynch deciding not to charge Clinton, Graham asked, “Why would you decide not to charge her before you even talk to her?” Video Below

He continued, “The Justice Department under Loretta Lynch was never gonna let this email investigation go too far. Before they even talked to her, they decided not to even charge her. And when they did talk to her, they talked to her without being under oath. They gave a lot of people immunity in the Clinton email investigation for no good reason.”

Finally, Graham concluded, “I think the Clinton email investigation was short-circuited because they didn’t want to compromise her ability to win an election. They hated Trump’s guts. They started the Russian investigation as an insurance policy in case he did win!” Video Below