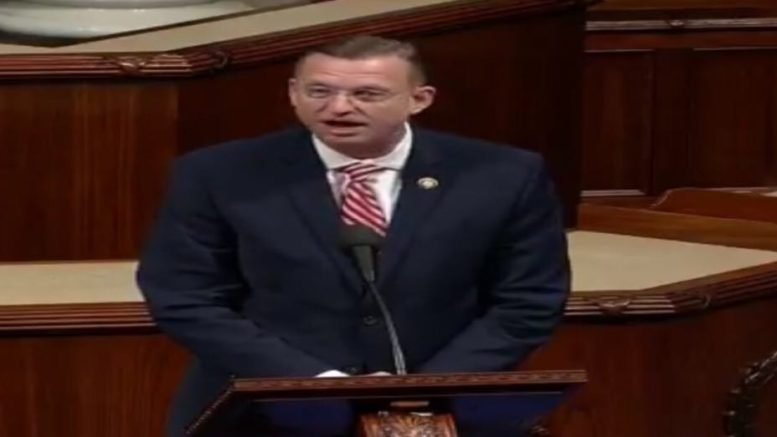 Rep. Collins said on the House floor Thursday, “Mr. Speaker, I have thus far released the interview transcripts of two of the individuals at the heart of the 2016 DOJ investigations controversy. Today, I am releasing a third.”

“As I have said before, I believe the American people deserve transparency, and deserve to know what transpired in the highest echelons of the FBI during that tumultuous time for the bureau.” He expressed.

Related: Rep. Collins Announces The Release Of Ohr Transcripts & How The Public Can Find Them

Collins continued, “Mr. Speaker, I request the link www.dougcollins.house.gov/strzok be placed in the record so the American people can review the transcript of Peter Strzok’s interview.” (Video Below)

“Out of an abundance of caution, this transcript has a limited number of narrowly tailored redactions, relating only to confidential sources and methods, non-public information about ongoing investigations, and non-material personal information.” Collins explained.

“I will continue to work to release as many transcripts as possible. The American people deserve transparency and the truth.” He vowed. (Video Below)

“I request the link www.dougcollins.house.gov/strzok be placed in the record so the American people can review the transcript of Peter Strzok’s interview.” Rep. Collins.

Today, https://t.co/40xuX9Yq3h will be available for Americans to review the transcript of Peter Strzok during his interview with the Judiciary Committee. pic.twitter.com/lOMaJvY0uo