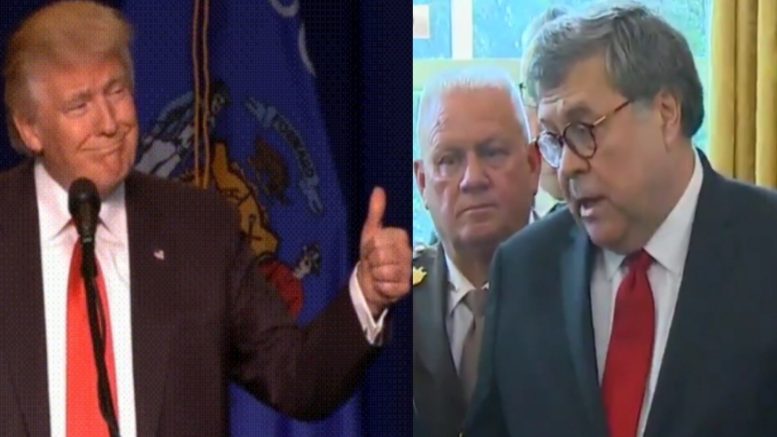 Attorney General William Barr gave President Trump assurance that his decision to declare a national emergency is lawful and constitutional.

Barr made his remarks while standing with DHS Secretary Kirstjen Nielson and others after Trump issued his first veto since becoming President.

Barr told President Trump, “Your declaration of an emergency along the southern border was clearly authorized under the law and consistent with past precedent.”

Barr went on to say that the National Emergencies Act directly gives the president authority to react decisively to any situation they feel is an emergency.

He said, “The humanitarian and security crisis we have on the border right now is exactly the kind of emergency that presidents are permitted to address under the National Emergencies Act.”

Barr then mentioned that in the past 40 years, there have been 59 national emergencies declared by former presidents of which many dealt with political situations in other countries.

He concluded, “The crisis we’re dealing with today is right on our door step.” Video Below

"The crisis at our southern border is a real, clear and present danger to the American people. What you've done from a legal standpoint is solidly grounded in law and … and is imperative." pic.twitter.com/3ZShwgiYSY

In ending, here is a tweet from Sarah Sanders stressing the importance of what AG William Barr just said:

Attorney General Bill Barr clearly explains why President @realDonaldTrump is right on the wall: “The humanitarian and security crisis we have on the border right now is exactly the kind of emergency that Presidents are permitted to address under the National Emergencies Act”