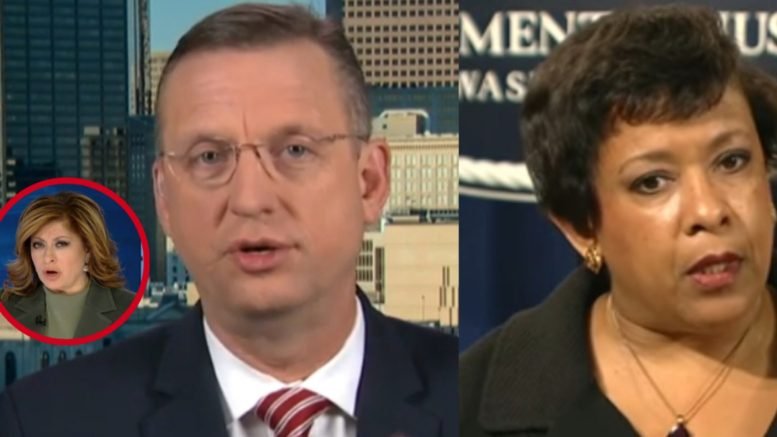 Maria Bartiromo began the interview by pointing out that there was no collusion and that the transcripts released by Rep. Collins show an “incredible amount of bias.”

In part of Peter Strzok’s transcript, it was revealed that Special Counsel Robert Mueller never asked if Strzok’s hatred of Donald Trump influenced the way he handled the investigation.

“Peter Strzok was a man that thought he was untouchable. He became a hero in his mind’s eye and thinking he was going to be able to control. And maybe, sometimes showing off for his mistress at the time, Lisa Page. But also, in his own role to grow up in the department.” Collins said.

Collins noted that Stzok was central going back to the email investigation, the Russia investigation and what became the Mueller investigation. “So what we’re seeing here, yes, we see the bias. The transcripts reveal the bias, and when we see that Mr. Mueller actually got rid of him based on his actions and those texts, we get a picture of someone who was allowed to grow if you would, under the Department of Justice under President Obama, in which politics became the foremost word, not Justice.” (Video Below)

Lisa Page under oath confirmed that the FBI was ordered by the Obama DOJ not to consider charging Hillary Clinton for gross negligence in the handling of classified information.

Bartiromo asked, “They all thought Hillary Clinton was guilty, but they were told from the DOJ don’t even think about it?”

Collins responded, “There are two things that really came out of this: Strzok seemed to stand out [because of] his very aggressive nature on what he thought about the President. The second thing that came out from this [was] Lisa Page. And I put out a tweet out the other day that says Loretta Lynch has some explaining to do, because what we have seen now is that beforehand, she not only told Mr. Comey that this was not an investigation and to consider it a matter. And now, we’re seeing from Lisa Page’s own testimony that the Department of Justice, which she headed, was saying gross negligence is not the standard that’s going to be used here. They began to import what’s called ‘intent’, which is not part of the law.” (Video Below)

“Really from the early on from April and May, we know from May when Mr. Comey started writing, the group came together and they were going to look at ‘gross negligence’, but then began to write an exoneration for Ms. Clinton long before they even interviewed her. We know this was coming from the top.” Collins said.

He added, “We now have a pattern here, look at the pattern. You have the Department of Justice and FBI on their own agenda, political bent, hoping for Ms. Clinton to become president. That’s sort of the takeaway from these first three transcripts.”

Bartiromo noted that this came before former Attorney General Loretta Lynch had a meeting on the tarmac with Bill Clinton and a few days before Hillary had her interview with the FBI.

“That gave James Comey his superman cape to go do whatever he wanted to do.” Collins said.

Rep. Doug Collins: “Based on yesterday’s transcript release, Loretta Lynch may have some explaining to do:”

Based on yesterday’s transcript release, Loretta Lynch may have some explaining to do: https://t.co/xEOFZpBxKQ