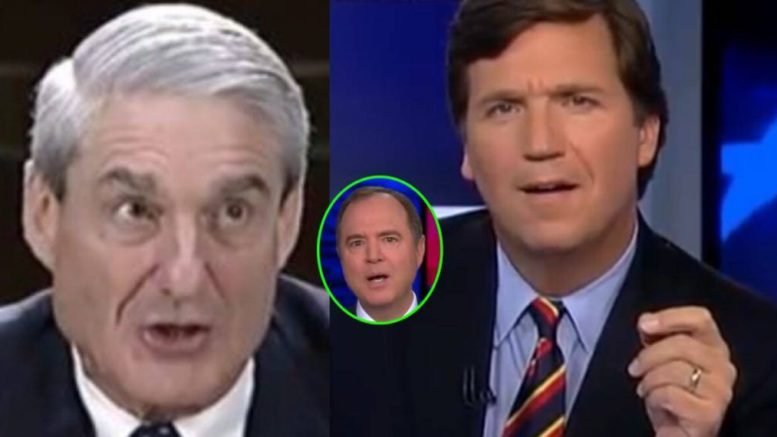 Monday night on Fox News, Tucker Carlson in his opening, broke down and explained how the Russian Hoax began in the first place, but now it’s reality check time for democrats and their collusion dreams.

The sole reason it all started: the dirty, salacious, uncorroborated Steele dossier. (Video Below)

“This was all invented by the Clinton campaign during the race.” Tucker said, “Newly court documents show Fusion GPS, working on behalf of the Clintons, worked to publicize the fraudulent Steele dossier. It was no more than gossip.”

(Related:  Rep. Collins Discloses Why Lynch Is Now At The Center Of Investigative Crosshairs: ‘Loretta Lynch Has Some Explaining To Do’)

Tucker pointed out that no responsible news outlet would publish it, but instead, Fusion GPS pitched its lies to government officials. (Video Below)

Much was already known about Fusion GPS and dossier author Christopher Steele’s efforts to seed the dossier with reporters and government officials. Fusion GPS founder Glenn Simpson orchestrated several meetings between Steele and Washington, D.C.-based journalists prior to the 2016 election. It has also been widely reported that Steele and Simpson met with government officials in an attempt to ensure that Steele’s unverified findings landed on the government’s radar.

Simpson and Steele, a former MI6 officer, made contact with two separate government officials during the campaign to disseminate the dossier. Steele met with Justice Department official Bruce Ohr and his wife, a Fusion GPS contractor named Nellie Ohr, on July 30, 2016, to provide some of the information he had gathered in his investigation. (Video Below)

Simpson reached out and met Bruce Ohr on Aug. 22, 2016. Bruce Ohr told Congress on Aug. 28, 2018, that Simpson told him of possible intermediaries between the Trump campaign and Kremlin. Simpson and Bruce Ohr met again on Dec. 10, 2016. During that encounter, Bruce Ohr says Simpson handed him a memory stick with what he believes was a copy of the dossier.

Steele met with Jonathan Winer, a State Department official with close ties to former Secretary of State John Kerry, during summer 2016. He told Winer about the information he had gathered, and Winer wrote a two-page summary to give to others at the State Department.

Tucker explained that Winer spread the disinformation to his colleagues, and ultimately, former President Obama and former FBI Director, James Comey, were briefed on the dossier.

“Never has unverified opposition research in a presidential campaign reached higher levels of government.” He added, “It was a ploy to defame a political opponent.”

Tucker went on to say that no evidence has emerged to verify the dossiers main claim. “It was fake then, it is fake now, but it still caused an awful lot of damage.” (Video Below)

He listed off the harm the fake dossier has caused including irresponsible remarks from politicians such as Speaker Nancy Pelosi (D-CA), Rep. Eric Swalwell (D-CA) and Rep. Adam Schiff (D-CA).

“When the Mueller report does drop, whenever it drops, how will these people explain to their followers why there’s no proof of collusion in the document? Tucker asked, “Will [their followers] be dissapointed, or will they just assume that Putin somehow got to Mueller too?”