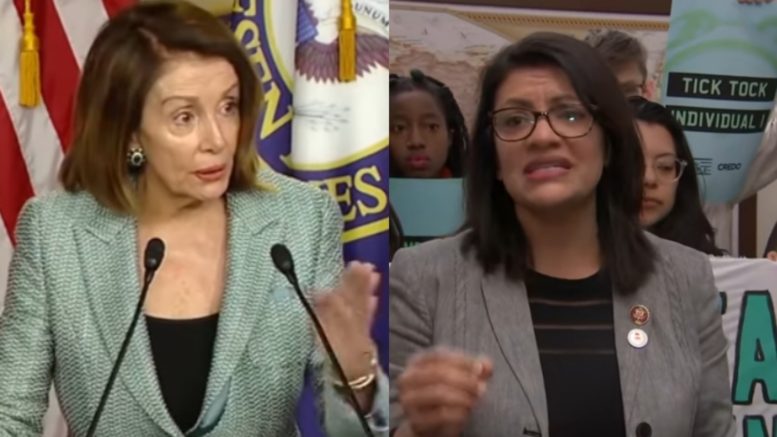 Without the support of House Speaker Nancy Pelosi, Democrats will have a very tough time trying to convince Americans, let alone constituents on their own side of the aisle, that impeaching President Trump is necessary.

Pelosi remains firm on her stance against impeaching Trump, even after facing criticism among colleagues in her own party. And now Democrats appear to be facing an uphill battle in their quest for impeachment.

In an interview last week, Pelosi was quoted as saying:

“Impeachment is so divisive to the country that unless there’s something so compelling and overwhelming and bipartisan, I don’t think we should go down that path, because it divides the country. And he’s just not worth it.”

She took heat from fellow Democrats by making this statement that came after some in her party, including Rashida Tlaib, reignited a new push for impeachment on Trump.

On Tuesday while speaking with USA Today, Pelosi doubled down despite pushback and even bashed her colleagues for wanting “to impeach the President since the day he got elected.” Video Below

She said that they should, instead, be focused on issues that they campaigned on, as that is what their constituents are most interested in.

As per the USA Today, Pelosi advised pro-impeachment Democrats, “You’re wasting your time, unless the evidence is so conclusive that the Republicans will understand. Otherwise, it’s a gift to the president. We take our eye off the ball.” Video Below

Related Article: Sarah Discloses The Reason Why Pelosi Caved On Impeachment: ‘Nancy Is Starting To Lose Control Of Her Party’

So why is Pelosi trying to nix impeachment talk amongst those in her party?

We leave you with video of Sarah Sanders discussing why she thinks Pelosi is speaking out against impeachment.