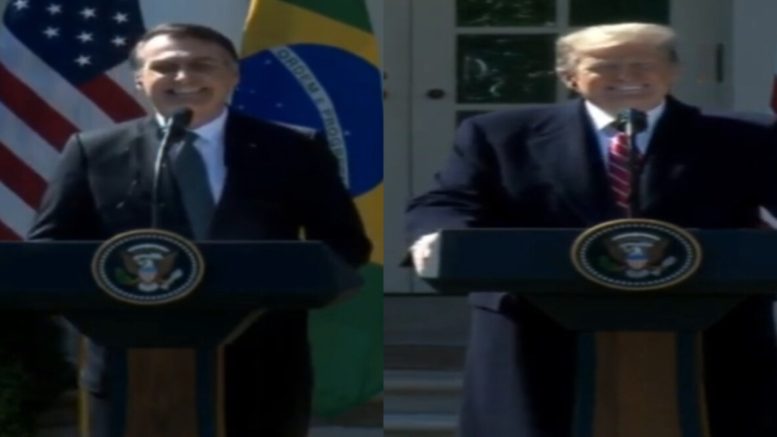 President Donald Trump participated in a joint news conference in the Rose Garden on Tuesday with President Jair Bolsonaro of Brazil.

Bolsonaro praised President Trump for his strong leadership along with their working relationship. (Video Below)

Afterwards, they took a few questions from the press and President Jair Bolsonaro told the reporters that President Trump will be re-elected in 2020.

Bolsonaro responded, “We will respect whatever the ballots tell us on 2020, but I do believe Donald Trump is going to be re-elected, fully.” (Video Below)

President Trump was proud to hear Bolsonaro declare Trump will be re-elected and he couldn’t stop smiling.

(Related: TRUMPED: While Facing The Press, Brazil’s President Slams The Media With A Harrowing Trumpism)

Bolsonaro added, “People everyday, more and more are prone to socialism and communism. [They] are going to be opening their minds to the reality. This feeling is going to be very much seen once 2020 comes.” (Video Below)