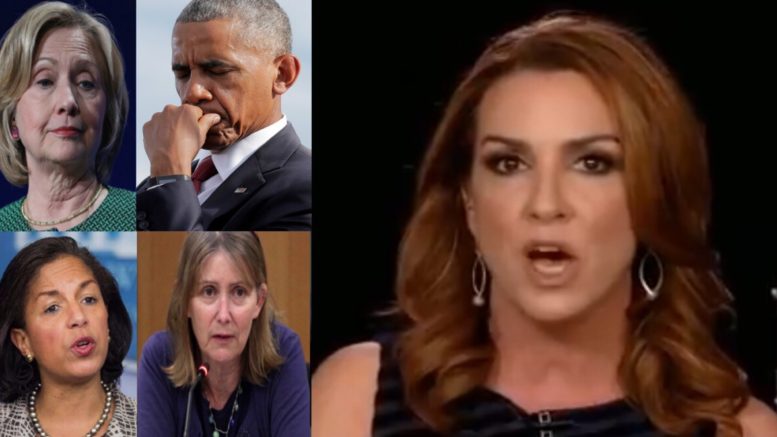 A State Department official who was awaiting confirmation to be U.S. Ambassador to Albania communicated with the former British spy Christopher Steele and supplied information to a senior DOJ official after and before the 2016 presidential election, according to Sara Carter.

According to Sara Carter, Kavalec was awaiting to be confirmed as Ambassador to Albania, but information surfaced that she had personally met and was in communication with Steele before and after the 2016 presidential election. Kavalec, a long time State Department employee, worked under Assistant Secretary of State Victoria Nuland. She was also a supporter of former President Obama and Democratic nominee Hillary Clinton, giving a small donation of $250 in 2012 to the Obama Victory Fund and another $250 to Clinton in 2016.

“She is a career foreign service officer who was nominated through the career process -the President withdrew her nomination,” the White House official said. They noted that she “is not pending in the Senate and was never confirmed to the post.”

“Kavalec was passing information from Steele, even after he was fired. [The DOJ] was using Kavalec as well as Bruce Ohr, to get the information.” Carter explained. (Video Below)

Sara pointed out what was really significant about Kavalec and said, “She was nominated to be the Ambassador to Albania. So when the information came out, and all of these emails, and all of evidence came forward, that she was actually part of this situation with this probe that the FBI had into this alleged collusion with Trump and Russia. She was actually moving information.”

She noted that the Senate asked that they stop her confirmation because they wanted to do an investigation further into Kavalec. (Video Below)

Gregg Jarrett announced that several outlets picked up on the Steele dossier information and pointed out that The Washington Post also picked up on the story because of former Director of the CIA, John Brennan, and former Senator, Harry Reid (D-NV).

“What’s interesting is that this thing spread like an airborne contagion in a 50mph wind and it was to the extent that the dossier alleged ‘Trump Russia collusion’ was all a hoax! But of course, it led inevitably to the witch hunt.” Jarrett declared.

Hannity wondered, “What’s amazing to me is that if they’re suppose to be investigating Trump Russia collusion, or Russian interference- the broader issue, why would [Mueller] ignore the bought and paid for Russia dossier that was used and disseminated through these outlets to the American people and then used for the basis of the FISA warrant applications and not think that’s a big deal?”

Jarrett said, “And that’s the great irony! There was collusion: it was Hillary Russian collusion paying for a phony dossier.”

Carter asked once Mueller’s report is done, what is William Barr going to do about all of this and who is going to investigate all of this malphesis at the FBI and DOJ?” (Video Below)

Read the full details from Sara A. Carter: “Trump Pulled Ambassador Nomination of State Department Official Who Communicated With Steele and Ohr”