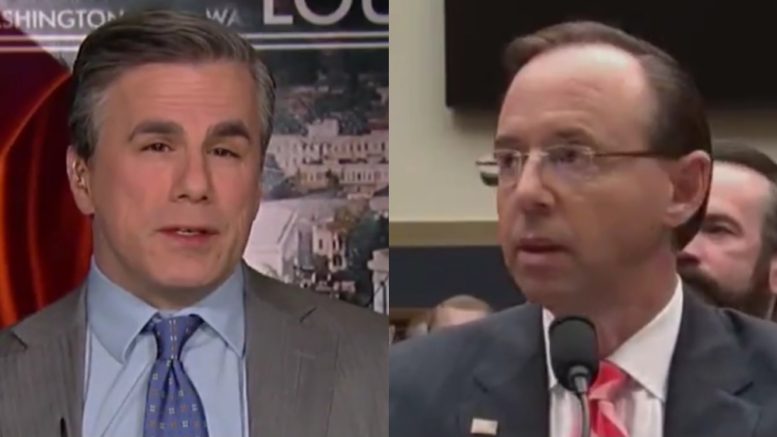 On Tuesday, sources reported Rod Rosenstein will stick it out a little while longer at the Department of Justice.

The move comes as rumors swirl that Robert Mueller’s investigation is wrapping up. And it’s been widely speculated that Mueller’s report will be released around the same time Rosenstein departs the DOJ, which was originally expected to have been in mid-March.

Judicial Watch’s President, Tom Fitton, however, reacted to the latest turn of events by suggesting in an interview that it’s nothing but “business as usual at the Deep State.”

He then brought up how Mueller and Rosenstein have been working closely together in an “abusive investigation into President Trump.” And how Rosenstein has been obstructing Congressional investigations and hiding information on potential abuse within the FBI and DOJ.

Fitton said, “It’s remarkable to me that the Attorney General continues to have him (Rosenstein) in place in this position of power. He’s effectively running this Justice Department as number two, that’s what the DAJ does.”

He then concluded, “By outsourcing control of the Justice Department to Rod Rosenstein, Mr. Barr is sending a signal that it’s business as usual at the Deep State.” Video Below

#DrainTheSwamp – @TomFitton: Rod Rosenstein is responsible for obstructing congressional investigations. He covered up abuses by the DOJ. It’s remarkable the Attorney General keeps him in this position of power. It’s business as usual in the Deep State. #MAGA #TrumpTrain #Dobbs pic.twitter.com/vIfnvAKChi