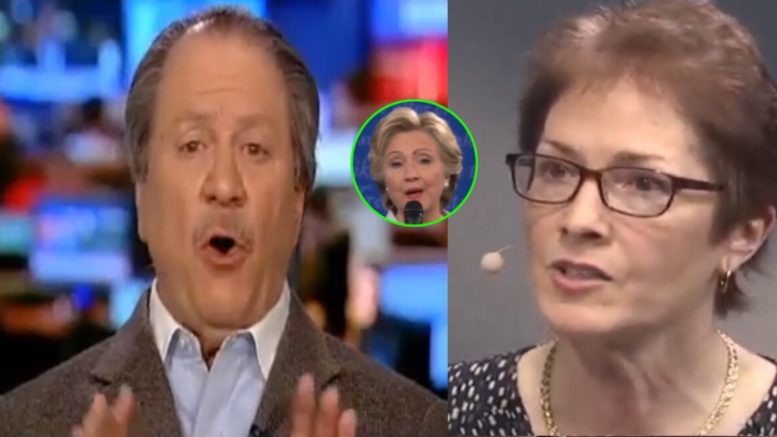 This comes after Ukrainian Prosecutor General Yuriy Lutsenko said he opened an investigation into alleged attempts by Ukrainians to interfere in the United States’ 2016 presidential election on behalf of Hillary Clinton. (Video Below)

In an interview that aired Wednesday with The Hill’s TV, John Solomon Lutsenko said,”today we will launch a criminal investigation about this and we will give legal assessment of this information.”

The probe is based on a claim from a member of the Ukrainian parliament that the director of the National Anti-Corruption Bureau of Ukraine (NABU), Artem Sytnyk, was working to benefit Clinton in the 2016 presidential election, per Sara Carter.

Lutsenko told Solomon the parliament member “got the court decision that the NABU official conducted an illegal intrusion into the American election campaign.”

“It means that we think Mr. Sytnyk, the NABU director, officially talked about criminal investigation with Mr. [Paul] Manafort, and at the same time, Mr. Sytnyk stressed that in such a way, he wanted to assist the campaign of Ms. Clinton,” Lutsenko said. (Video Below)

Solomon told Hannity that Lutsenko said during their interview, “There’s enough evidence to open up a criminal investigation into the illicit effort by a Ukrainian to try and influence the United States election in favor of Hillary Clinton.” He added, “That’s a profound statement coming from the top law enforcement of Ukraine.”

He further revealed that a parliamentary member has said to having a tape of law enforcement officials admitting that “they did it to help Hillary Clinton.” (Video Below)

When asked how Mueller can look in the mirror and call his investigation “fair” after all the evidence is stacked up against the FBI, DOJ, Hillary Clinton, and Democrats with no Trump-Russia collusion, Joe DiGenova said, “I don’t know how it can be called a fair investigation for that very reason. It is quite obvious there were crimes committed with people associated within the Clinton campaign with the Democratic National Committee, with Fusion GPS and other people.”

DiGenova continued, “Here’s the thing that’s really changing: now we know that not only was there Russian collusion through Fusion GPS and through [Christopher Steele], but now we know the Ukrainian officials were deeply involved in trying to help Hillary Clinton through this.”

He added, “And we also now know that the current United States Ambassador, Marie Yovanovitch, has bad mouthed the President of the United States to Ukrainian officials and has told them to not listen or worry about Trump policy because he’s going to be impeached.”

“This woman needs to be called home for consultation!” DiGenova declared.

When asked if Attorney General Bill Barr will do his job, DiGenova and Toensing resoundingly agreed he would. “Yes, without any doubt.” (Video Below)

(Related: DiGenova Establishes Why He Expects Barr To Form A Grand Jury To Investigate FBI & DOJ)