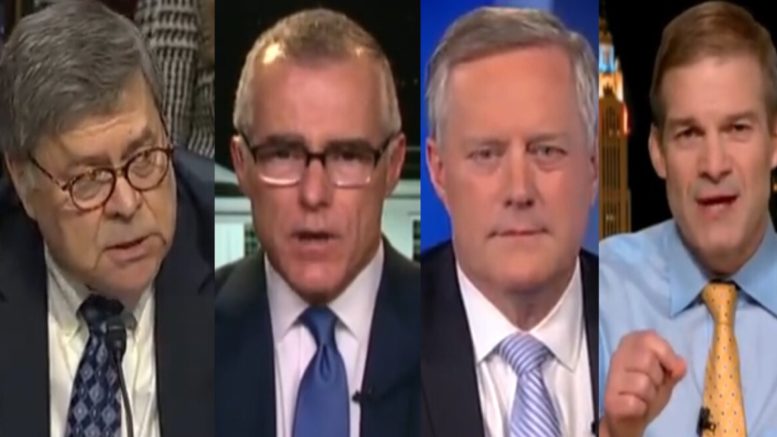 Meadows and Jordan are on a mission to get get to the bottom of the corruption within the swamp and uncover the truth for the American people.

In their request, Reps. Mark Meadows and Jim Jordan wrote to Attorney General William Barr inquiring an update and pointed out that the Inspector General referred Andrew McCabe’s “lack of candor” to the United States Attorney for the District of Columbia almost a year ago.

“McCabe’s pattern of lies to the FBI and OIG officials was particularly troublesome because they were intended to cover up media leaks that would benefit McCabe personally and professionally,” they wrote.

Rep. Meadows tweeted on Wednesday, “Remember: Andy McCabe leaked confidential investigation details to the media “to advance his personal interests,” broke FBI policy, and then lied about it. That’s what the IG concluded- A big part of restoring broken trust in the FBI and DOJ should be to hold McCabe accountable.”

Horowitz concluded in the Inspector General report that “when asked on four separate occasions who provided the information to the Wall Street Journal, McCabe said he did not authorize the disclosure to the reporter, which was not true,” per the Washington Examiner. “McCabe also misled Comey about what he authorized the FBI aides to tell the reporter” according to the IG report. (Continued Below)

“McCabe disclosed confidential investigative details to a media outlet ‘to advance his personal interest at the expense of Department leadership.’ Specifically, to rebut what he believed to be an incredibly damaging narrative about himself, McCabe directed Page and another FBI employee to reveal information related to the FBI’s ongoing investigation of the Clinton Foundation investigation.” The Congressman wrote.

They added, “By authorizing the leak, McCabe confirmed the existence of an active FBI investigation in violation of the Departmental policies.”

Meadows and Jordan further noted that when McCabe was confronted by Department personnel whether he was the source of the leak, McCabe “concealed his conduct by lying to Director Comey and lied under oath” to both the FBI’s Inspection Divisions personnel and the DOJ OIG. In turn, this resulted in his termination from the FBI.

Remember: Andy McCabe leaked confidential investigation details to the media "to advance his personal interests," broke FBI policy, and then lied about it

That's what the IG concluded

A big part of restoring broken trust in the FBI and DOJ should be to hold McCabe accountable https://t.co/1ylLYlfP1g 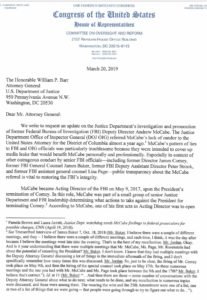 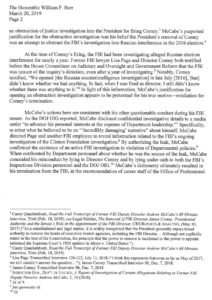 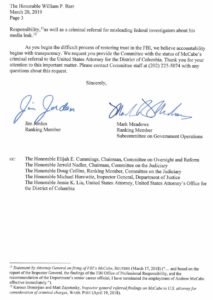