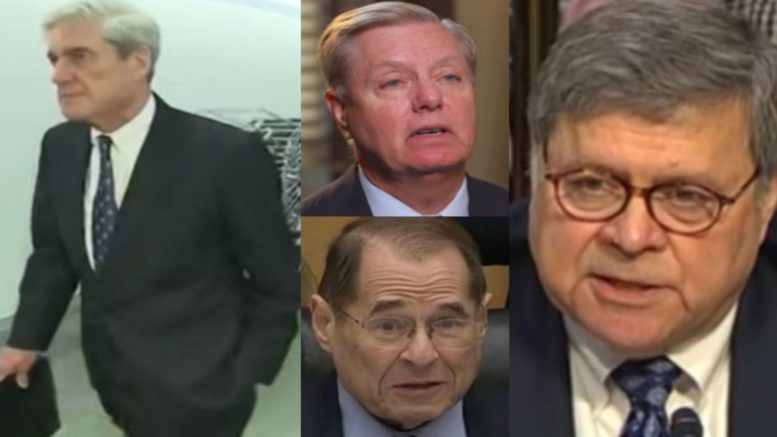 The report was delivered earlier Friday afternoon to the Deputy Attorney General Rod Rosenstein’s office and it was delivered to Barr’s office within minutes. Further, the White House was notified that the DOJ had received the report around 4:45 p.m., before lawmakers on Capitol Hill were informed.

Both Barr and Rosenstein have seen the report, according to a senior DOJ official. Further, AG Barr also informed Congress that Mueller’s investigation has ended. Barr notes that the DOJ never blocked Mueller from pursuing any avenue of the investigation whatsoever in a letter below.

White House Press Secretary Sarah Sanders tweeted following the report’s drop.”The next steps are up to Attorney General Barr, and we look forward to the process taking its course,” she said. “The White House has not received or been briefed on the Special Counsel’s report.

“Special Counsel Robert S. Mueller III has concluded his investigation of the Russian interference in the 2016 election and related matters,” the letter said. (Video Below)

Rudy Giuliani and Jay Sekulow, both of whom are counselors to Trump, also released a joint statement.

“We’re pleased that the Office of Special Counsel has delivered its report to the attorney general pursuant to the regulations,” the statement said. “Attorney General Barr will determine the appropriate next steps.”

Barr also said that he “may be in a position to advise you of the Special Counsel’s principal conclusions as soon as this weekend.” (Video Below) 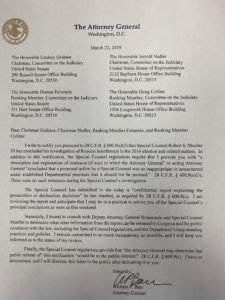 The next steps are up to Attorney General Barr, and we look forward to the process taking its course. The White House has not received or been briefed on the Special Counsel’s report.

We leave you with Mueller’s nothing burger.