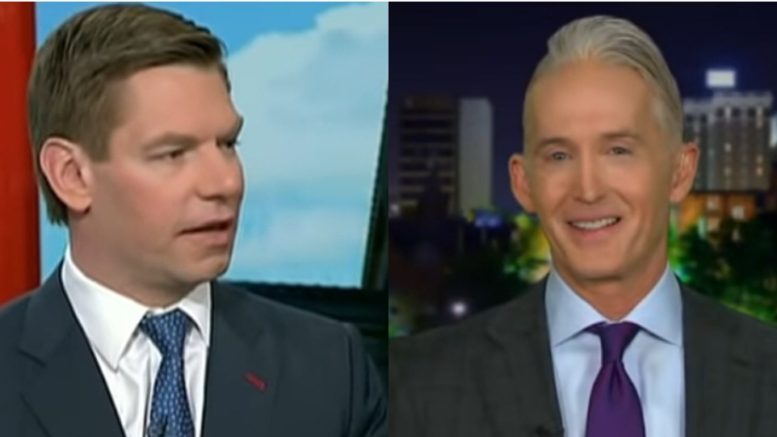 In an opinion piece for The New York Times released on Thursday, Comey, whom Trump fired in May 2017, wrote that what’s at stake with the Mueller report is the “apolitical administration of justice.”

“I have no idea whether the special counsel will conclude that Mr. Trump knowingly conspired with the Russians in connection with the 2016 election or that he obstructed justice with the required corrupt intent. I also don’t care,” Comey wrote. “I care only that the work be done, well and completely.”

Comey went on to say “I am rooting for a demonstration to the world — and maybe most of all to our president and his enablers — that the United States has a justice system that works because there are people who believe in it and rise above personal interest and tribalism. That system may reach conclusions they like or it may not, but the apolitical administration of justice is the beating heart of this country.”

“If Mr. Trump were removed from office by Congress, a significant portion of this country would see this as a coup, and it would drive those people farther from the common center of American life, more deeply fracturing our country,” Comey wrote. (Video Below)

Asked if he thinks Comey and Democrats are rooting for impeachment, Gowdy said, “I can’t speak for Director Comey. I can say 60 Democrats voted to move forward with impeachment before Mueller’s released a single solitary syllable.

Gowdy brought up Trump- haters, Rep. Adam Schiff (D-CA) and Rep. Eric Swalwell (D-CA), who are peddling conspiracy theories and whose agenda is to bring the President down.

Schiff claims to have evidence of collusion, yet nothing to show of it. Now, Swalwell is promising indictments– to anyone who will listen to his nonsense. (Video Below)

In an interview on MSNBC, Swalwell claimed, “If the policy is that you can’t indict a sitting President, which I don’t agree with, we should rewrite the law that says a policy like that prevents you from getting indicted, the statute of limitations can continue to run. But, I do believe there are indictments waiting for this President.”

When asked why Schiff and Swalwell won’t follow the facts, Gowdy responded, “That’s my motto. May justice be done through the heavens fall.” (Video Below)

Gowdy further added that there is a presumption of innocence in this country whether Democrats like Schiff and Swalwell like it or not.

“What they really, really want is the President of the United States indicted, but they have pivoted from collusion months ago.” He said of Democrats who changed their tune because the President fired James Comey.

Gowdy concluded that Democrats are more focused on trying to undo President Trump’s election victory, rather than actually finding out if a foreign country interfered with our election.