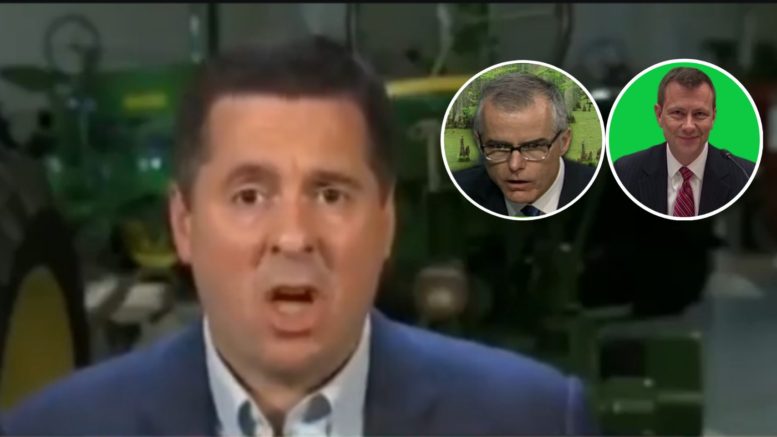 Devin Nunes appeared on Fox to give more insight on Special Counsel Robert Mueller’s probe now that it has all wrapped up.

Nunes warned Americans that they shouldn’t necessarily be celebrating anything related to Mueller. This is because he believes the Mueller probe never should have existed in the first place and it is actually “an embarrassment to America.”

Nunes is troubled by many aspects of the Mueller probe, including the indictments that were handed down during the probe, that he says were “awful.” He said, “What happened to these people was terrible.”

He then mentioned that his main interest now is looking in to the origins of Mueller’s investigation. Nunes said, “We don’t even know what Robert Mueller was supposed to be looking at.” He added, “This was Clinton, Obama and a bunch of dirty cops at the FBI that started this in the first place.”

Aside from FISA documents, Nunes mentioned that he also wants to obtain the so-called ‘Scope Memo’ written by Rod Rosenstein after the Mueller investigation began, where he laid out the scope that the special counsel could investigate.

He also wants to get to the bottom of why the DOJ and FBI obstructed Congress by not getting them information they requested, including the recent McCabe documents that were handed over to Fox News before Congress. Video Below

Nunes weighed in on the topic of “dirty cops” that helped jumpstart the Mueller investigation, and he claimed that they “set up” General Flynn into lying to the FBI, among other dirty tricks they perpetrated. He said he is confident that after dealing with Mueller’s report, Attorney General William Barr will hold FBI and DOJ officials accountable.

Nunes cited the criminal referral he and others are working on to give to Barr. He concluded, “Many of the dirty cops, people will actually find out who those dirty cops are. We will be sending that to the Attorney General Barr, among other names that, I think, people will be surprised at.” Video Below