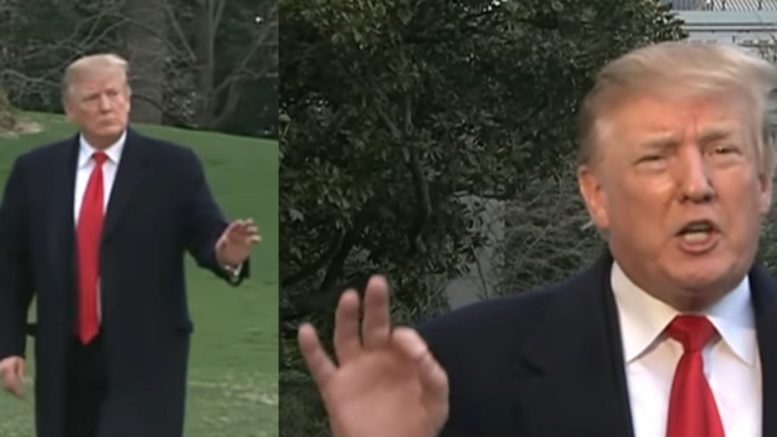 Upon his arrival back to the White House, President Trump was met by several reporters who were shouting a slew of questions at him.

Reporters were clearly most concerned about was his reaction to Special Counsel Robert Mueller’s findings.

Earlier in the day, it was revealed in a letter from Attorney General William Barr that Mueller found no evidence to prove Russian collusion among the Trump campaign, as well as no significant evidence to prove obstruction of justice.

Trump humbly walked towards reporters, where he then stopped right in front of them as they hurled Mueller probe-related questions.

Related Article: Nadler Caught On Camera Getting Called A ‘Loser’ While Addressing Press On Mueller’s Findings

The President had one single comment for the media, which was, “I just want to tell you that America is the greatest place on earth.” He thanked them and proudly walked away. Video Below