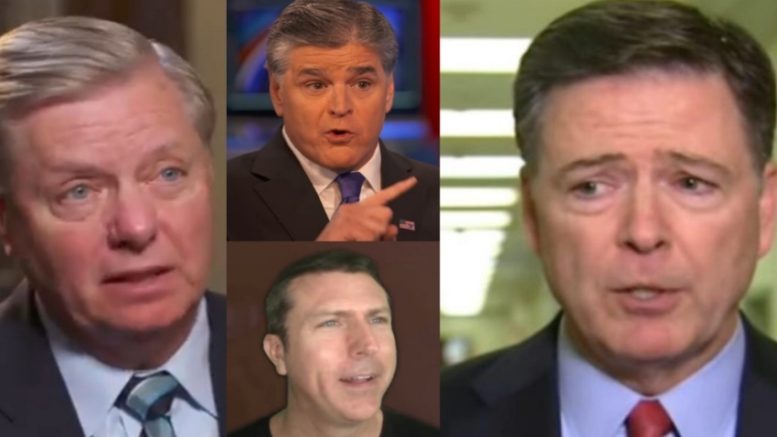 On Sunday, the world of politics was rocked as findings of Robert Mueller’s investigation finally came to light.

Attorney General William Barr revealed in his letter that Mueller’s team found no proof of collusion by President Trump’s campaign, and that there was not enough evidence to prove obstruction of justice occurred.

People on both sides of the aisle weighed in a the matter with many accepting and celebrating the results, while others were horrified as the chances of impeaching President Trump dwindled.

Former FBI Director James Comey sent out a semi-cryptic tweet that appeared to be a reaction to the Mueller findings.

He posted a picture of himself standing in the middle of a forest with the caption, “So many questions.”

While Comey didn’t specify what he was referring to, the statement caught heavy reaction from his opposition and essentially backfired. See Below

Senator Lindsey Graham, who is leading an effort to investigate Comey and others, replied with, “Could not agree more. See you soon.”

Related Article: Nadler Caught On Camera Getting Called A ‘Loser’ While Addressing Press On Mueller’s Findings

Sean Hannity also weighed in and said, “Yes Mr @Comey . Let’s start with why did you sign off on the FISA warrant based on hrc lies in oct 2016. And in January 2017 say it’s “unverified and salacious” ? Did you commit a fraud of the FISA court or lie to the President Elect you hated?” See Below

Could not agree more.

Yes Mr @Comey . Let’s start with why did you sign off on the FISA warrant based on hrc lies in oct 2016. And in January 2017 say it’s “unverified and salacious” ? Did you commit a fraud of the FISA court or lie to the President Elect you hated?

The rest of Twitter had their chance to respond to the former FBI, and oh my, there were some epic reactions.

Here are some of the most well-received comebacks to James Comey:

Is one of them “When am I going to jail”?

Yes, starting with this one: When will you be prosecuted with @HillaryClinton and @BarackObama

So many❓ Like:why are u so corrupt? why u sold your soul?why did u do obama’s &hillary’s dirty work?why u soiled the FBI? why u let down the American ppl? why u bastardized the Constitution? You’ll have much time to contemplate them all behind bars!#RoseDC11

My question is do you have a full time photographer following you around to capture these ridiculous moments? Also, when will you apologize to Americans for leading us down a Russian Haux rabbit hole. You knew it wasn’t true! #ShameOnYou #NoCollusion #NoObstruction

I have just one: which tree are you hiding behind now? Can you picture yourself behind bars? I can. 😉

Yeah. Like why didn’t you tell America Trump was under investigation in October 2016 but chose to release a letter about Hillary’s emails which turned out to be a dud?

Q1: As you’re wearing the same clothes and sneakers as the last emo picture do you take these photos all in one day and then drip feed them out just for R/Ts?

Q2: Were you REALLY in charge of the world’s premier law enforcement agency?