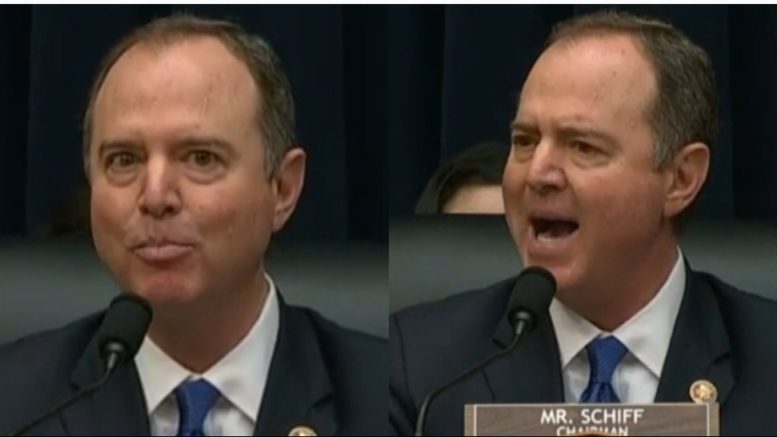 Republicans on the House Intelligence Committee demanded Rep. Adam Schiff (D-CA) to step down as chairman over his repeated claims to have evidence of Trump-Russia collusion.

Further, President Trump weighed in on Twitter with the same sentiment.

“Your actions both past and present are incompatible with your duty as Chairman of this Committee. We have no faith in your ability to discharge your duties in a manner consistent with your Constitutional responsibility and urge your immediate resignation as Chairman of this Committee.” A letter, in part read, written from the Republican lawmakers. Nine committee members signed off on it. (See letter below)

The letter comes after Special Counsel Robert Mueller’s conclusion turned up no evidence of collusion between Trump campaign members and Russia during the 2016 presidential election.

Rep. Michael Conaway (R-TX), blasted Schiff for driving his phony narrative about Russia collusion within the Trump campaign. Conaway demanded Schiff immediately resign from his committee chairmanship, adding that Republicans on the committee have “no faith in you.”

Schiff tried to defend himself during the hearing while listing “his evidence” of Russian hacking during the last presidential election.

Congressman Adam Schiff, who spent two years knowingly and unlawfully lying and leaking, should be forced to resign from Congress!

GOP Letter to Schiff by on Scribd