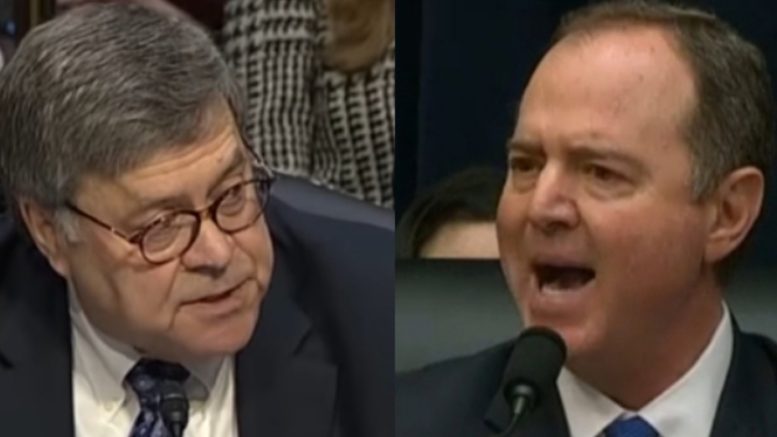 Attorney General William Barr had some  very exciting news for those who have been calling on the Mueller Report to be released.

Barr indicated on Friday that he plans to submit the full redacted version of Special Counsel Robert Mueller’s Russia investigation report to Congress by “mid-April, if not sooner.”

Barr’s plan, however, didn’t quite meet the standards of Rep. Adam Schiff, who has been calling for the release of Mueller’s report in its entirety with no redactions and by the April 2 deadline that was initially laid out by Democrat Rep. Jerry Nadler.

Schiff undercutted Barr’s plan and likened what he thinks must happen next to procedures that occurred during Watergate.

Related Article: Tennessee Reps Pair Up & Reveal Their Version Of The ‘Schiff Report’ In A Classic Skit For The Ages

Schiff, who is facing growing calls to resign from Congress, took to Twitter to signal Barr’s transparency efforts are not enough, and he made more demands. See Below

Schiff said, “Congress has asked for the entire Mueller report, and underlying evidence, by April 2. That deadline stands.”

He continued, “In the meantime, Barr should seek court approval (just like in Watergate) to allow the release of grand jury material.”

And in an attempt to end his Twitter reaction defiantly, Schiff said, “Redactions are unacceptable. #ReleaseTheReport” Video Below

Congress has asked for the entire Mueller report, and underlying evidence, by April 2. That deadline stands.

In the meantime, Barr should seek court approval (just like in Watergate) to allow the release of grand jury material.

Schiff faced a challenge on Thursday, as all 9 Republicans of the House Intel Committee called for his resignation, as they cited McCarthyism, leaks and lies from the congressmen in an attempt to discredit President Trump. They claim Mueller’s findings prove Schiff has been dead wrong about his collusion theory that he has been pushing on the public for two years.

We leave you with video of Rep. Andrew McCarthy calling on Schiff to apologize to the American people.