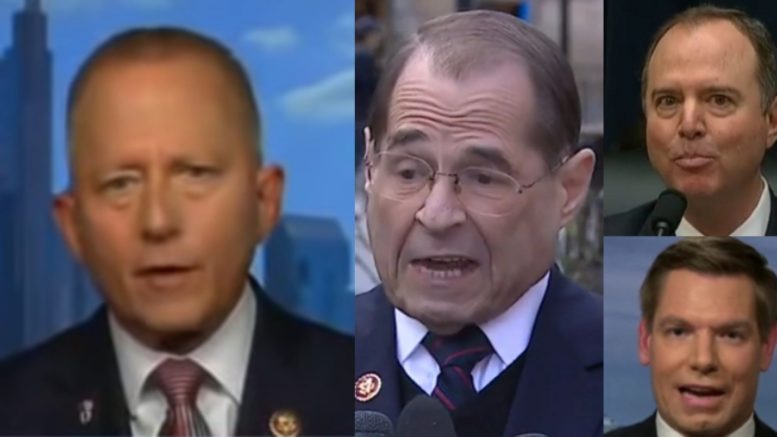 Democrat Congressman Jeff Van Drew joined Maria Bartiromo to discuss his contrasting view-point from many of those in his party.

Van Drew thinks majority of Americans have grown tired of constant efforts from the left to take down President Trump and would much rather see Congress work together to create solutions to the many problems America is facing.

In terms of the Mueller report, Van Drew thinks that several portions of the report absolutely have to be redacted “because of the law itself.”

Due to the fact that the report comes from a situation involving a Special Counsel, Van Drew said it’s important that information in the report gets released “carefully and thoroughly.”

He said, “It’s going to come out in a relatively short period of time. Everybody’s going to get to look at everything. Both sides of the aisle want to see it and then, hopefully, we are done with it.”

Van Drew was then asked what he thinks about efforts by people like Adam Schiff and Eric Swalwell, who are trying to take down the President in any way possible. Video Below

He replied by saying that constituents care much more about real issues like the border or health care or veteran benefits. In regards to his constituents, Van Drew said, “You know what they don’t ask me about? They don’t ask me about the investigation. They’re getting worn out. They’re getting tired. We’ve got to wrap this thing up on both sides.”

He then pleaded to his colleagues, “Let’s stop calling for Trump’s impeachment. We’re going to have an election in a year and a half. Let’s stop doing so much with this investigation.”

Van Drew added, “We’re going to get all the facts. And all of the information is going to be revealed to us.” He concluded by suggesting that Republicans should spend minimal time in their investigations and Congress, as a whole, should focus on working together for the sake of America. Video Below