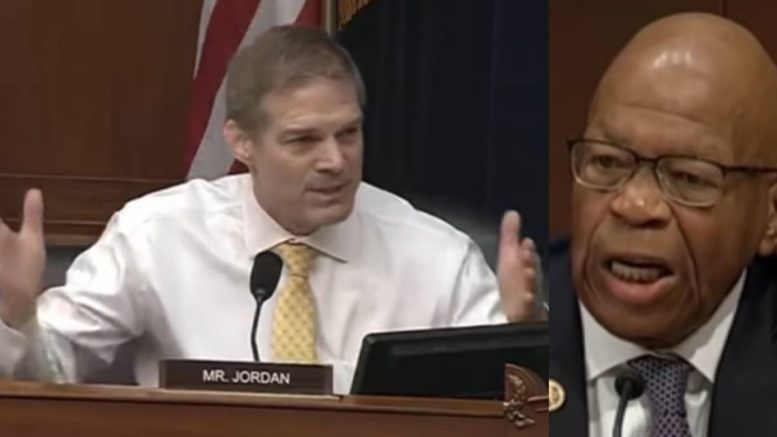 The House Oversight Committee led by Rep. Elijah E. Cummings (D-MD), the Chairman of the Committee on Oversight and Reform, met on Tuesday to discuss authorizing subpoenas into how security clearances were issued to senior White House officials.

This comes after a White House whistleblower said that more than two dozen security clearance denials were reversed during the Trump administration. Further, it’s worth noting that the whistleblower “reached out to Democrats.”

According to a press release, Cummings said, the whistleblower “has come forward at great personal risk to warn Congress—and the nation—about the grave security risks she has been witnessing first-hand over the past two years. She has informed the Committee that during the Trump Administration, she and other career officials adjudicated denials of dozens of applications for security clearances that were later overturned.”

Cummings also released a memo to Committee Members detailing the “troubling concerns” raised by the whistleblower.

However, during the meeting, Rep. Jim Jordan (R-OH), wasn’t falling for Cummings tricks and let him have it– as it seems Democrats’ intention is to go after President Trump and his administration in every way possible while grandstanding doing so.

Jordan said to Cummings in his opening, “Ten days ago, on a Saturday, you scheduled a transcribed interview with Ms. Newbolt, and didn’t tell the Republicans until the day before. 3:30 the day before, you schedule an 8:30 a.m. interview, for the very next day, at the organizational meeting of this committee. You pledged you would not do that. You said a closed door committee would be done so that members could attend, but you pick a Saturday, on a week we are not even in session and tell us the day before.” (Continued Below)

Jordan announced that Cummings issued a press release “hand-picked, cherry-picked” and “parts of her testimony” along with a “big memo” after interviewing only “one witness.”

He asked, “That’s how we’re going to do investigations in the Oversight Committee? Talk to one person and then issue a big press statement, so you can get some headlines? First a Saturday deposition, then yesterday, a press release after talking to just one witness where you hand pick a few parts of her testimony and now today?”

Jordan noted that Cummings wants to also “subpoena a guy who was willing to come voluntarily.” He declared, “I’ve been on this committee 10 years; I’ve never seen anything like this!” (Continued Below)

As Jordan was pushing back at the Chairman for his dirty tricks, Cummings could be heard in the background mumbling, “Oh, please,” then laughing.

Jordan continued, “I’ll tell you what else I’ve never seen: a witness come in front of this committee and lie to us 7 times and us as a committee not doing something about it. Won’t do anything about– we won’t do anything about a guy who lied to us 7 times, but we’ll schedule a deposition on a Saturday of a week we are not here, notify the minority the day before, do a press release yesterday after just talking to one witness, and then subpoena somebody who’s already agreed to come voluntarily.”

“That’s how this committee is going to operate?” Jordan asked Cummings as he called him out for not doing anything about Michael Cohen lying to Congress.

He pointed out that Cummings has plans to subpoena more people who have already either testified for hours previously, or have volunteered to appear. (Video Below)

“We can’t take action to a guy who lied to us, their first big witness, at their first big hearing. We can’t take action as a committee for a guy who lied to us 7 times? This is wrong, I urge all members of Congress to oppose all these subpoenas. Let’s have this committee operate its the way it’s supposed to. Let’s do the kind of investigations we are supposed to and historically have done.”