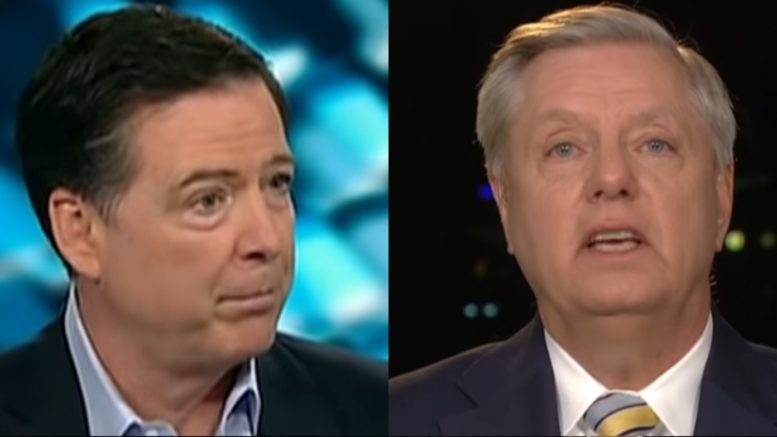 Former FBI Director James Comey recently slammed efforts by Republicans to get to the bottom of investigative tactics used during Hillary Clinton’s email probe as well as the FISA process, which ultimately led to the appointment of Special Counsel Robert Mueller.

Comey then taunted Republicans to go ahead and ask him questions and he added, “I’d like to answer them in the daylight if I could.”

Sean Hannity brought Lindsey Graham on his program and allowed him respond to Comey’s latest statement.

Graham began by saying many of America now believe that top-level DOJ and FBI officials wanted Hillary Clinton to win and Trump to lose and that they manipulated the law to ensure that happened. He then stated “I promise you, Former Director Comey will get to testify in the light of day.”

Graham said he plans to ask Comey about the Steele dossier and if it was “the chief reason” he pushed for a FISA warrant on Carter Page. Video Below

He also wants to know from Comey, “If there was a counter-intelligence investigation opened against the Trump campaign, why didn’t you tell Trump about it so he could do something, like you told Feinstein?”

Finally, Graham said he wants to ask Comey, “How could you write that Clinton did nothing wrong, even before you interviewed her. And why did you interview her with two people in the room, her aides, and not under oath? Most people don’t get that treatment.”

Graham then voiced his hopes that Attorney General William Barr will appoint someone who can open a criminal investigation into potential wrongdoings by agency officials, especially since Congress doesn’t have the power to take it to that level. Video Below