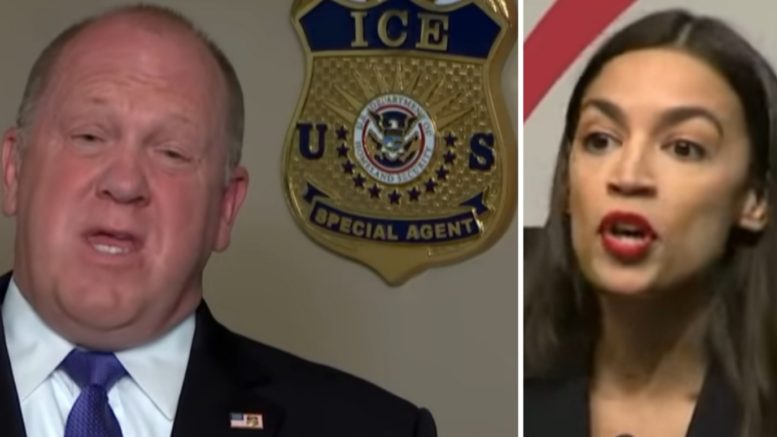 Alexandria Ocasio-Cortez made a new wild accusation on Friday, as she took aim at Fox News for covering the crisis at the border between the United States and Mexico.

Cortez posted pictures of a Fox contributor wearing a bullet-proof vest and she captioned it, “Does ‘live from the border’ mean Party City? Fox is really out here doing the most on a budget to make the border look more dangerous than it is.”

Does “live from the border” mean Party City?

ICE Director, Tom Homan, appeared on Fox , where he reacted to statements by Cortez and other Democrats. And he offered a little piece of advice to the freshman representative.

Homan indicated that it’s a rule that anyone who rides around with ICE or border patrol has to wear a bullet-proof vest. He said,  “Look, our job is dangerous. That’s why there’s 200 names on the National Law Enforcement Memorial in Washington, D.C.” Video Below

Homan mentioned how ICE agents and border patrol agents have died defending the border, which is the primary reason for “vests and guns.”

Then in a comment directed at Ocasio-Cortez, Homan said, “I think the border is a lot more dangerous than the halls of Congress. Every time I go up to Capitol Hill, where she sits and works, she’s surrounded by hundreds of Capitol police, metal detectors to protect her. And I haven’t seen any criminal cartels operating within the halls of Capitol Hill.”

Homan then said “shame on her” for not understanding how dangerous it really is at the border. He added, “I know she’s only been a Congresswoman for three months, but you know what? Do your homework!” Video Below