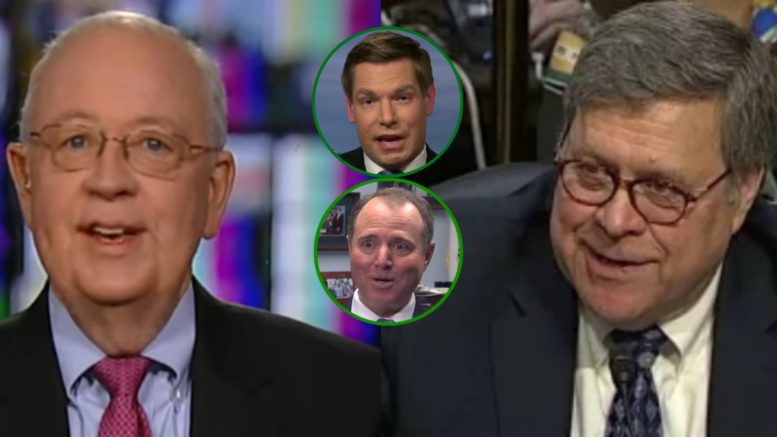 Former Special Counsel Ken Starr is not impressed by what he is seeing play out in Washington regarding the Mueller Report and Congressmen’s treatment of Attorney General William Barr. Especially since he’s certain that there was no collusion found with Russia, during Mueller’s two-year investigation.

In an interview on Fox News, Starr said that Barr is an “honorable and honest man,” and is not undermining his office like what Democrats are portraying.

In regards to Barr’s track record, Starr said, “He didn’t come out of politics, from the Senate or wherever. He came out of the world of law. And in the world of law, we try to follow the rules. And that’s exactly what he’s doing.”

Starr voiced that he is worried that the political criticism thrown at Barr is “eroding the confidence in the rule of law, unnecessarily.”

Related Article: Giuliani Reacts As Dems Now Speculate AG Barr Committed Obstruction: ‘How The Heck Did It Get Obstructed?’

He then said Democrats are basically asking Barr to commit a crime by asking him to release Grand Jury information, since it has to remain classified by law. Video Below

Starr thinks politicians need to calm down, let Barr redact what is required by law, obtain the redacted Mueller report, and then draw conclusions from that. Any other route taken, including impeaching the President, to pry out classified information, he believes, will not be necessary.

Unfortunately, Starr believes that the Russia collusion talk will go on til right after 2020 election. He said, “Some things just don’t die and this is one of them.”

Starr then concluded, “If there had been collusion with Russia, Pete, we would have known about it long before now.” Video Below