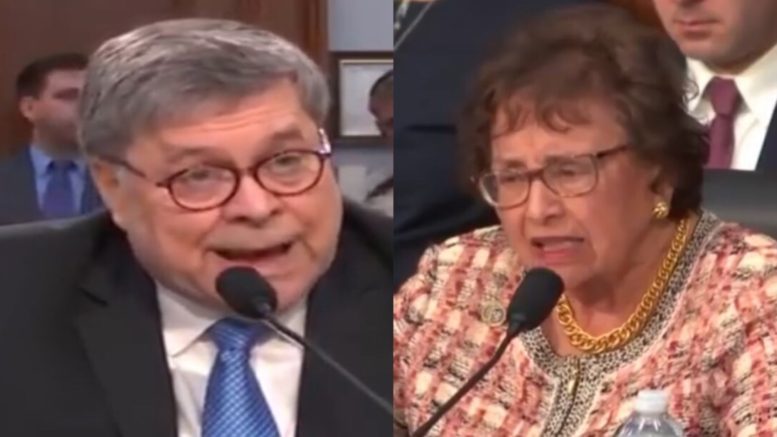 Asked how he came up with a conclusion in “such a short period of time” and “how many staffers helped”, Rep. Nita Lowey (D-NY) suggested that Barr’s mind must have “already been made up.”

“The thinking of the Special Counsel was not a mystery to the Department of Justice prior to his submission of the report.” Barr explained, “[Mueller] had been interacting with the Deputy Attorney General.”

He also noted that on March 5th he and the Deputy Attorney General, Rod Rosenstein, met with the Special Counsel prior to the release of the report. “We had an inkling as to what was coming our direction.” (Continued Below)

Barr specifically explained to Congress that the Special Counsel is helping redact the report which pertains to four categories that he laid out in his summary.

Lowey said that it was puzzling that 400 pages could be reviewed and the President stated “this report is a complete and total exoneration.” She asked, “who was factually accurate?” (Continued Below)

“It’s hard to have the discussion without the context of that report, isn’t it? And that’s why I’m suggesting that we wait until the report is out. I’m glad to talk to people after that, and I’m already scheduled to testify about that.” Barr responded.

The Attorney General confirmed he will not be providing Congress the unredacted report but will however, give members of Congress more information if needed. (Video Below)