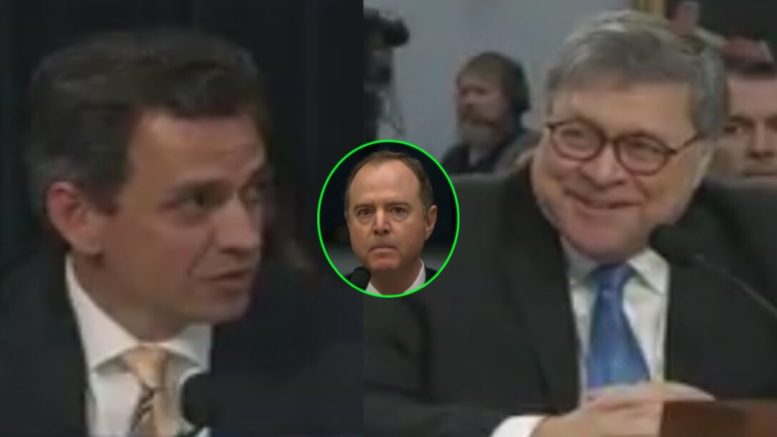 (Related: Barr Indicates How He Reached A Conclusion On Mueller’s Report In Two Days, Confirms Congress Won’t Get Unredacted Version)

Rep. Tom Graves (R-GA) basically called out Democrats for their continued conspiracy charades as they seem to think that Barr is hiding something. Graves laid out all facts in Barr’s summary, and after doing doing so, Barr confirmed that his summary speaks for itself: “no collusion, no obstruction.”

Graves began, “Just to remind the committee, we’ve heard a lot about the Mueller report today.” (Continued Below)

He continued, “And the conclusions were simple: no collusion, no obstruction.”

Graves said that when Barr first released his summary that Democrats complained that the summary wasn’t being released fast enough, now they are complaining that Barr released it too fast without reviewing all of the evidence. (Continued Below)

Graves asked Barr point for everyone in the committee to hear so they would stop their drama: “Is there anything new you’ve seen since the review– the entirety of the report– that would change your conclusions?”

Attorney General William Barr is a smart man and obviously picked up on what Graves what trying to present to the tin-foil hat wearers.

Graves jumped in and declared, “No collusion, no obstruction, it’s over, it’s done!”

Barr smiled, laughed and replied for the haters, “The letter speaks for itself.”