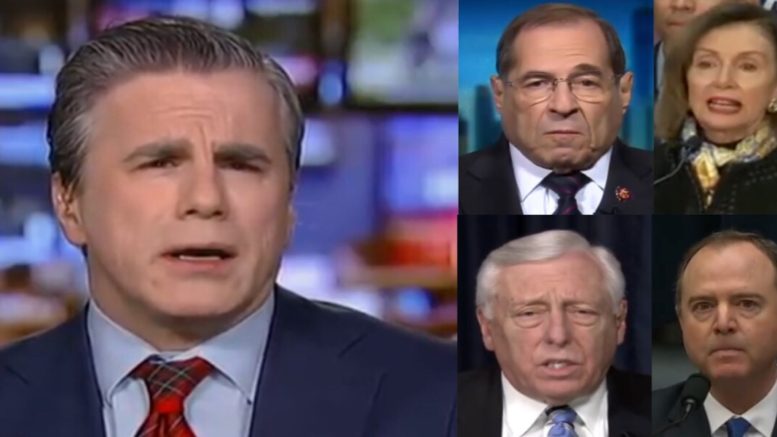 President of Judicial Watch, Tom Fitton joined Fox News where he weighed in on Attorney General William Barr’s admission that he believes “spying did occur” on President Trump’s campaign.

Barr believes “spying did occur” on the Trump campaign in 2016, and he vowed to review the conduct of the FBI’s original Russia probe — and the focus of a related internal review shifted to the role of a key FBI informant.

As Attorney General William Barr testified on Capitol Hill Wednesday before the Senate Appropriations subcommittee, he was asked about spying: “I think spying did occur. The question is whether it was adequately predicated. I think it’s my obligation. Congress is usually very concerned with intelligence agencies and law enforcement agencies staying in their proper lane.” Barr also noted that “spying on a political campaign is a big deal.”

Barr also announced that he was reviewing the origins of the Russia investigation at the FBI and the Justice Department, amid mounting calls for scrutiny of the probe’s beginnings from Trump and prominent congressional Republicans. “More generally, I am reviewing the conduct of the investigation and trying to get my arms around all of the aspects of the counterintelligence investigation that was conducted in the summer of 2016,” Barr said.

The President of Judicial Watch weighed in on Democrat lawmakers’ “hysterical reaction” to Barr’s “spying” statement and revealed “they want a coverup.” (Continued Below)

First of all, Tom Fitton wasn’t surprised by the Attorney General’s comments as Judicial Watch has uncovered proof to back up Barr’s statement. Further, Fitton noted that the Democrats’ reaction to the spying– means that there was not a legitimate reason to “spy.”

“It’s a really remarkable description of what’s been happening, what’s been known to have happened. And the hysterical reaction shows that the left, and really the corrupt Democrats– that were behind the spying, don’t want this discussed at all. Is there any argument that there wasn’t spying?” He asked.

“I don’t understand what the fight is about. It shows you that if there was a legitimate basis to use the intelligence agencies, the FBI and DOJ to target then-candidate Trump and his team, I don’t think you’d have this hysterical reaction.” He said. (Videos Below)

Democrat lawmakers are now claiming that Barr is covering for the President.

Fitton said of the Democrat lawmakers, “These are folks that are defending criminal activity by their party that wrongfully used the FBI and the Justice Department by sending information to it that was false, that was known to be false or should’ve been known to be false, to target their opposition- during the campaign.”

He said of the dossier that was paid for by Hillary Clinton and the DNC, “When you see elected Democrat leaders complain that Barr has called them out effectively, these are folks that are partly responsible. It was their party behind what I believe to be: criminal activity.”

Fitton also said the left has known about the “spying”. “They’re not so much nervous about it being called ‘spying,’ but the other part of [Barr’s] questioning was ‘I want to investigate what went on.’ That’s what their nervous about.” He announced.

(Related: Devin Nunes Follows Through On His Word & Sends Criminal Referrals To Barr With The Intent Of A Briefing)

Fitton pointed out that there was a “key meeting” at the White House about the “shady dossier” in January 2017 that included James Comey, Barack Obama, Susan Rice, and VP Joe Biden.

He asked, “What did they discuss? They all knew at the time that dossier was salacious and unverified and yet, they used it continuously to not only get spy warrants, but then to go harass President Trump.” (Video Below)

We leave you with Fitton thanking President Trump for firing liar and leaker Comey:

Thank you, @realDonaldTrump for firing this dishonest and corrupt FBI Director. https://t.co/5A3yFDvzDj