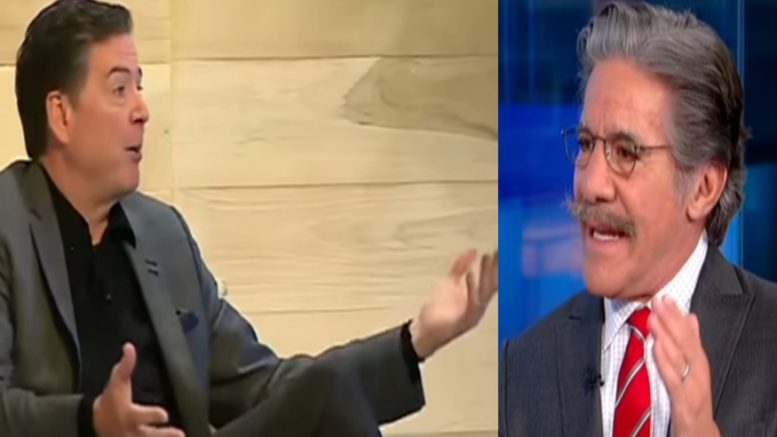 Comey said, “When I hear that kind of language used, it’s concerning because the FBI and the Department of Justice conduct court-ordered electronic surveillance. I have never thought of that as spying.”

He added, “If the attorney general has come to the belief that should be called spying, wow. That’s going to require a whole lot of conversations inside the Department of Justice. But I don’t know what he meant.”

Geraldo Rivera weighed in on these latest comments out of Comey while appearing on Fox News in front of a live studio audience.

After the clip of Comey’s interview was played, Geraldo instantly declared it was “one of the most disingenuous interviews” he has recently heard.

Geraldo said, “To say that electronic surveillance and spying are different — What is the exact different? Is it the method?” Video Below

Geraldo then went on to say that he does believe there was spying done on the Trump campaign and that there was a lot of “arm-twisting” done to get members of Trump’s team to be conflicted.

He said, “They twisted these people. They got them in a perjury trap. They had them by the short hairs. They got them to cooperate. And, guess what? There was still no Russian collusion.”

Geraldo added, “But there is no doubt, to make a fine distinction between “surveillance” and “spying” is, I think, deflecting attention.” Video Below

Related Article: Clapper & Brennan Slam Barr For Believing Trump Was Spied On, Gowdy Levels Them: ‘What A Drama King’