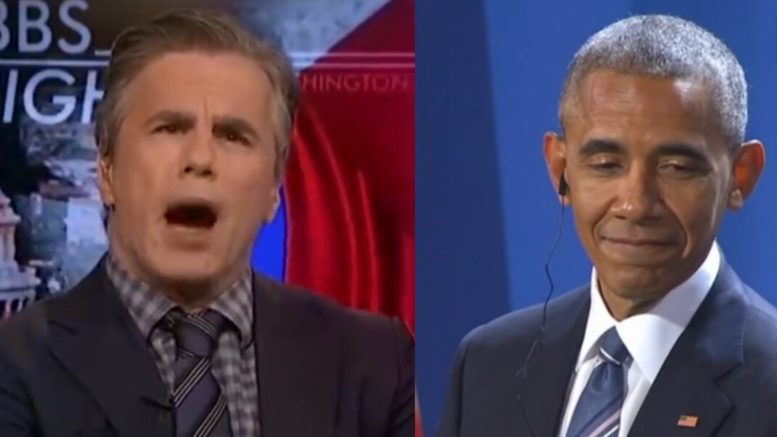 President of Judicial Watch, Tom Fitton, joined host Lou Dobbs on Fox Business Monday, where he weighed in on the release of the Special Counsel Mueller report and Congress’ call for the release of President Trump’s tax returns.

The report on Mueller’s 22-month investigation is nearly 400 pages long. It’s expected to describe the legal analysis and factual findings that support the conclusions previously shared by Attorney General William Barr in a four-page summary of the report last month.

According to Barr, Mueller concluded the Trump campaign did not collude with Russia to win the 2016 presidential election. (Continued Below)

Tom Fitton agreed that the Russia collusion hoax is a case closed. “Certainly, for everyday Americans who understand that there is no collusion and so, the Mueller report will confirm that.”

Fitton noted there will be material placed in the report by anti-Trump activists on Mueller team however, to try to smear the President for misconduct of obstruction, in relation to former FBI Director, James Comey.

He added, “The overwhelming evidence is: there was no obstruction. Obviously if they could’ve made the case, they would have. And the big news here is that the Russia hoax has been exposed, the Deep State cabal has to focus on something else now: [Trump’s taxes].” (Continued Below)

Fitton said of House Democrats trying to get the President’s taxes: “This would be an unprecedented abuse of the IRS by Congress to target a President. Nothing like this has ever happened before, and this just shows the president has been under siege.”

He went on to say that there has to be accountability for how the Mueller operation began along with how it operated.

As the Inspector General’s report will be released in May or June and it will be more narrowly focused with relation to the FISA applications.

“Remember the FISA warrants were only one aspect of the spy campaign against President Trump. It included leaks, it included political bias by [Peter] Strzok, [Lisa] Page, [Andrew] McCabe, ect., and of course, they were trying to entrap the Trump team by launching spies against the Trump campaign.” Fitton laid out. (Continued Below)

“Never in American history has there been such a spy effort against a candidate and an abuse of power by an administration targeting its political opposition. Never before, not [Richard] Nixon, not [Lyndon B.] Johnson, never before.” Fitton expressed.

Then he came in for the jugular and declared, “And Barack Obama… this is his legacy, this corruption!” [Emphasized]

Fitton concluded that none of it would’ve happened without Obama’s permission. “He condoned it, he certainly was running it out of the White House; the text messages show that, and the big dossier meeting just before President Trump was inaugurated. [The meeting] included Obama, Biden, Susan Rice, James Comey. I’d like to see those four come under oath and answer some questions about what they knew and when about this false dossier.” He stated.

(Related: Fitton Exposes Why Dems Are So Upset About The ‘Spying’ Label Given By Barr: ‘They’re Hiding Something’)