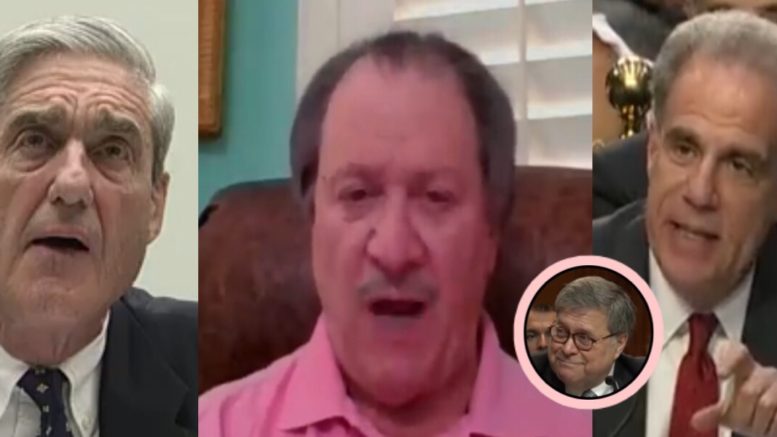 Former D.C. attorney, Joe diGenova, joined Bill O’Reilly to discuss the Mueller report and what he expects to come out of it.

diGenova confidently predicts that the American people have moved beyond this due to the large abuse of power exemplified by certain Democrats.

The anticipated Mueller report with redactions, is expected to be released Thursday from the Department of Justice.

diGenova said that he “expects what we already thought from Bill Barr’s general explanation: there will be no evidence of collusion whatsoever, which Mueller knew within the first two months of having been appointed.”

He explained there will be a long discussion of evidence of how Mueller didn’t prove a crime of obstruction and how Mueller didn’t want to make that decision, leaving it up to the Attorney General. “[Leaving the decision to the AG] was a sleazy, unethical, outrageous, unprofessional for Mueller to do.” diGenova expressed.

“There will probably be some embarrassing things in there that the President said, but let’s look at this way: suppose you are a citizen. The FBI says ‘we are going to investigate you for two years for the robbery of ‘Bank A’ on mainstreet.’ You find out that there had never been a robbery of ‘Bank A’ on mainstreet. You would be mighty mad, and that’s exactly what the President was.” He said. (Continued Below)

diGenova defended the President said Trump was “mighty mad”, because he was investigated for a crime that never occured, and he knew never occurred. He added that the President has every right to be “furious” and “mad as hell”, because everyone in his campaign acted legally.

He believes that the Democrats are going to harm themselves terribly, overreaching, and ultimately cause them to lose the House of Representatives. “Because, I think people are sick of this. And they most assuredly are sick of the lying like Adam Schiff and Chairman Cummings and Jerry Nadler are doing to try and make it look likes there’s a problem, when there isn’t one.” (Continued Below)

Asked if he thinks the Attorney General will investigate the matters surrounding the shadiness that took place in the FBI and DOJ, diGenova said, “Barr knows that’s the only way to have accountability, and therefore to restore the credibility of the FBI and the Department of Justice and the CIA and the intelligence community is to have a full scale federal criminal investigation.”

O’Reilly asked how certain he thinks criminal referrals will be issued in the Horowitz report and diGenova replied without hesitation, “100%!” (Video Below)