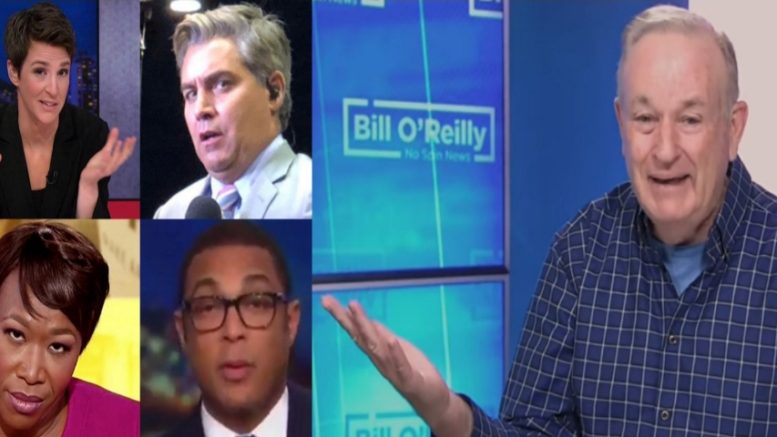 The Mueller Report is expected to be released on Thursday and Bill O’Reilly is more than ready to have a chance to review it.

On Wednesday, O’Reilly warned his audience about what to expect out of mainstream media as they cover the Mueller Report.

He initially pointed out how sources, such as CNN and MSNBC, have been grappling with a major hit in ratings after William Barr released the findings of the Russia probe investigation.

Barr’s summary of the Mueller report proved Trump’s innocence despite the collusion narrative pushed forth made by liberal media for nearly two years.

As a result, O’Reilly says mainstream sources are likely to try saving face, or as he refers to as “tiu lien”, during their coverage of the Mueller Report.

The phrase “tiu lien,” according to O’Reilly, is a Chinese term that translates to “saving face.” He said, “If you go to Asia and you insult someone, it’s a big deal.” Video Below

He added that you can actually get hurt in China if you insult someone. O’Reilly stated, “In order to save face, they in Asia will take certain steps. That’s what’s going to happen tomorrow in the media.”

Related Article: DiGenova Foresees What Will Be In The Mueller Report & Reveals What Is To Come Amid IG Report

He continued, “So, no matter what the report says, the left-wing media, which includes the Washington Post and the New York Times, are gonna have to pull something out of it that justifies their misreporting and vicious analysis over the last two years. They have to do it for economic reasons and to keep their reputation, whatever that may be, intact.” Video Below