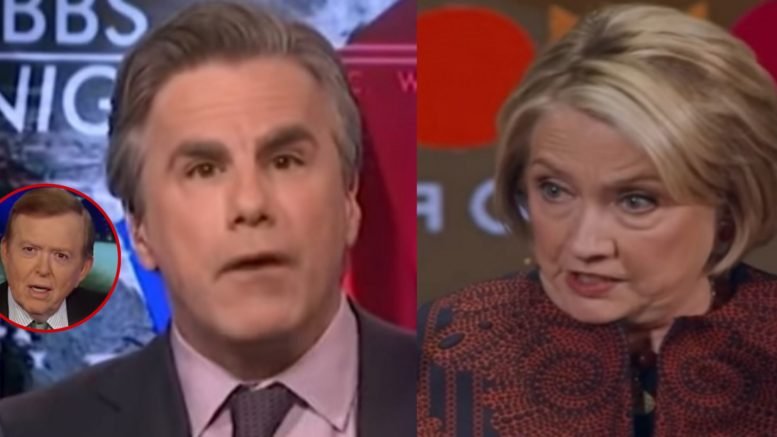 President of Judicial Watch, Tom Fitton, joined host Lou Dobbs on Fox Business on Wednesday where he weighed in on matters surrounding Hillary Clinton and her emails.

This comes as Clinton has surfaced from the swamp and she weighed in on the release of the Mueller report.

As Swamp Drain previously reported, Judicial Watch announced this week that a senior FBI official admitted, in writing and under oath, that the agency found Clinton email records in the Obama White House, specifically, the Executive Office of the President.

The FBI also admitted nearly 49,000 Clinton server emails were reviewed as a result of a search warrant for her material on the laptop of Anthony Weiner.

“It’s amazing! We forced the disclosure out of the FBI,” Fitton said. “A federal court granted Judicial Watch discovery into the Clinton email scandal late last year. He found it one of the gravest modern offenses in government transparency. And he authorized us to send written questions to the top FBI official’s responsible for the Clinton investigation and the Russia investigation, Bill Priestap.”

“If you want to know why Hillary Clinton skated, it’s because as this evidence demonstrates, sworn testimony from the FBI, it’s because the Obama White House and Barack Obama are implicated in this scandal,” Fitton explained.

Asked where the implication will lead to, Fitton said, “It ought it lead to at least the reopening of the investigation. In just the last two months or so, Judicial Watch has uncovered 5 classified emails, among the emails that Hillary Clinton tried to delete or destroy. FBI notes of the sham investigation– the first one in 2016, and the notes literally say ‘Clinton Coverup Operation.'” (Continued Below)

“The FBI has evidence documenting a “Clinton Coverup Operation” and Mrs. Clinton this week, is complaining that someone like President Trump would have been indicted, but for the fact that he’s President…” Fitton said.

(Related: Giuliani Fires Back At Hillary After She Claims Trump Should Have Been Indicted: ‘[She] Better Get A Lawyer’)

“You have in your face this evidence of criminality associated with her email campaign, and you know, people want to know how the Russia investigation began; it began with her. And it began, and it was begun to protect her because they knew if the eye of justice focused on anything other than Hillary Clinton, she would’ve been prosecuted and a lot of other people around her, including in the Obama administration would’ve faced justice.” Fitton stated.

He pointed out since the Mueller investigation and the Russia hoax is over and that is has been exposed as the fraud it is, “now maybe, the eye of justice can focus on Hillary Clinton.”

Swamp Drain reported last month that Judicial Watch announced a schedule of depositions of senior Obama-era State Department officials, lawyers, and Clinton aides who have been ordered by the court to provide answers under oath to Judicial Watch’s questions about the Benghazi and Clinton email scandals. (Continued Below)

Fitton also said there are videos of the depositions they are conducting with the former Obama Officials and Clinton aides, but the Justice Department said the videotapes should not be made public.

“And that serves to protect these former Obama and Clinton top aides. It’s unbelievable!” He expressed. “[Barr] has had other things on his plate but I suggest he focuses on being on the right side of the effort to get the truth on Hillary Clinton and what she was up to.”