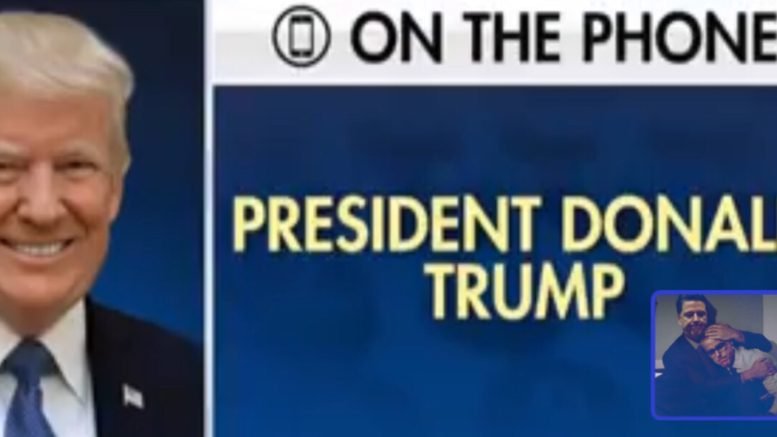 President Trump spoke with host Sean Hannity Thursday evening where he called into Fox News and weighed after the release of the Mueller report.

Trump knows the art of the deal and that the tables have now turned, thus why he waited to play his next chess move against the swamp.

Speaking with Hannity, President Trump said that he will declassify the FISA applications, the 302s, and the Gang of Eight notebook.

Trump said it was an attempted coup to try and take him out, but a lot of information is coming out. “A lot of people are very nervous about what is going on.” He suggested.

The Inspector General report will be out next month that will focus on the FISA abuse and Trump said, “I think [Michael Horowitz] knows how big this is and if he’s as honorable as he’s supposed to be, the IG report coming out in 3-4 weeks– from what I hear is going to be, should be, and has to be a blockbuster. Because he has access information that most people don’t.” Trump explained.

President Trump noted that the Mueller report didn’t mention the stuff that Devin Nunes uncovered: the lies, leaks, “insurance policy” or the dirty cops in the FBI namely, Peter Strzok, Lisa Page, Andrew McCabe, James Comey, and others. (Continued Below)

“Why didn’t they mention in the Mueller report the horrible things that we found out about the other side, including the fake dossier? The President asked. “The nice part is, as far as Trump is concerned and the Trump administration, there’s no collusion and there’s no obstruction. Now it’s time to look at the other side!”

When asked directly by Sean Hannity if he will declassify the FISA applications, Gang of Eight material, and 302s, President Trump responded, “Yes, everything is going to be declassified and more, much more than what you mentioned.”