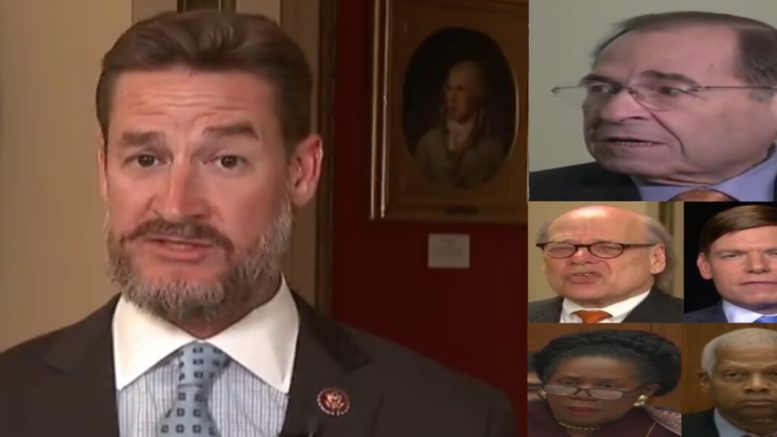 Rep. Greg Steube (R-FL) joined host Harris Faulkner on Fox News Tuesday ahead of Attorney General William Barr’s anticipated testimony of the redacted Mueller report that will be held Wednesday and Thursday before the Senate and House Judiciary Committees.

Steube weighed in and called out Democrats’ “unusual conditions” that they are trying to pull before the House committee.

Greg Steube responded on whether it matters who questions William Barr and said, “You come to Congress to hear from members of Congress to ask you questions. Barr is presenting to the Senate that he has no problem with the rules in the way that they have set up for the Senate committee and I think the House should have members ask questions, not staff ask questions.”

He noted that Barr is willing to come and testify before Congress and he should answer the questions from Congress themselves. (Continued Below)

Steube also pointed out that staff can provide questions to Congress. “I don’t know why it would be necessary to allow staff to ask the questions when you are elected a member of Congress to represent your district. You should be the one asking the questions.” He said.

He explained what he wants to know: “How did we get where we are today? What basis was there other than a Russia dossier that was promulgated from the Clinton campaign to begin and get a FISA warrant, then spy on the Trump campaign. Those are the type of questions that I would have for the Attorney General.”

“We’ve had 22 months, 25 million dollars of a Mueller investigation, 2800 subpoenas, 500 witness interviews, 500 search warrants. We have plenty of facts and evidence that was in the Mueller report to be able to ascertain if the Trump campaign colluded with Russia. And the answer to that is ‘no’. And the Attorney General with Rod Rosenstein agreed not to move forward on obstruction charges,” Steube said.

He also suggested that Democrats didn’t get the answer they wanted from the Mueller investigation so now they feel like they need to do “anything and everything” to try and investigate the President.

“Democrats are going to continue to investigate this President because the Meuller investigation [concluded] that there was no collusion, [and it] isn’t what they wanted. They want to move forward with whatever evidence they can to try and impeach the President. I don’t think that’s what the American people want,” He concluded. (Video Below)

(Related: Hillary Pushes The Russia Narrative, Warns 2020 Candidates: ‘Don’t Get On The Wrong Side Of Putin’)