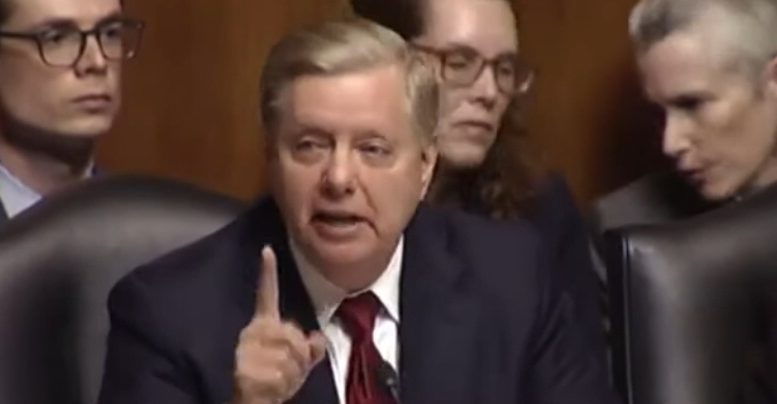 Attorney General William Barr on Wednesday testified on Capitol Hill before the Senate Judiciary Committee regarding the release of the redacted Mueller report.

Chairman of the committee, Sen. Lindsey Graham, opened the hearing where he weighed in on the Mueller report but switched gears when he read off Peter Strzok and Lisa Page’s text messages, who were initially on Mueller’s team.

Sen. Lindsey Graham gave a blistering opening statement exposing the dirty cops who tried to take down President Trump, which the media has tried to bury.

Graham read of a list of text messages quoting the former FBI officials with exact dates where they said directly that “Trump won’t be President and we will stop him.”

“These are the people investigating the Clinton email situation and start the counterintelligence on the Trump campaign! Compare them to Mueller.” Graham announced.

“August 26, 2016… Just went to the southern Virginia Walmart, I could smell the Trump support,” Graham continued.

“October 19th, 2016… Trump is a f**king idiot! He’s unable to provide a coherent answer,” Graham said, reading off more text messages, then apologized to “kids” for his language.

“These are the people that made a decision that Clinton didn’t do anything wrong and that counterintelligence investigation was warranted,” He declared. (Continued Below)