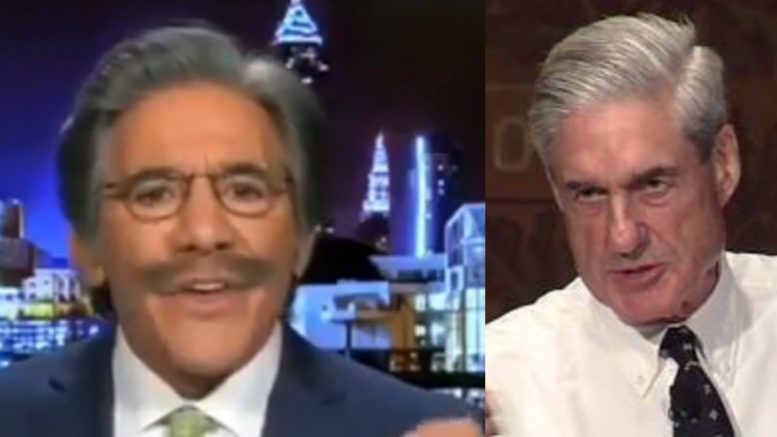 Geraldo Rivera joined Dan Bongino and Tom Fitton sat down with Hannity on Tuesday night to sound off on the latest happenings before Attorney General Barr’s Wednesday testimony before the Senate.

Late in the afternoon on Tuesday, The Washington Post published an article that claimed Robert Mueller complained to William Barr that he was troubled that Barr did not release more “context” in his letter to Congress and the public on the Mueller report.

Of course, other mainstream sources and Democrat leaders took WaPo’s article and ran with it to make it a smear job on Barr right before he is set to testify.

Geraldo reacted by calling the latest report nothing but “window dressing” and cited the concerted effort by mainstream news to make the President and his Administration look like traitors.

He said, “The headline should be for all history that the special counsel found no collusion, that is no conspiracy, between anyone in the Trump administration, indeed, any American and the Russians to influence this election.”

Geraldo then slammed MSNBC, CNN, The Washington Post and The New York Times for selling such a hoax for over a year.

He said, “They convinced the American people that the President of the United States was a traitor to his country. They should be ashamed. All the rest is window dressing.”

“They are so desperate to find something negative on the President in the special counsel’s report, and now his letter is not very helpful,” Geraldo said. He also stated that he has no doubt William Barr will stand his ground when pressed on the issue. Video Below