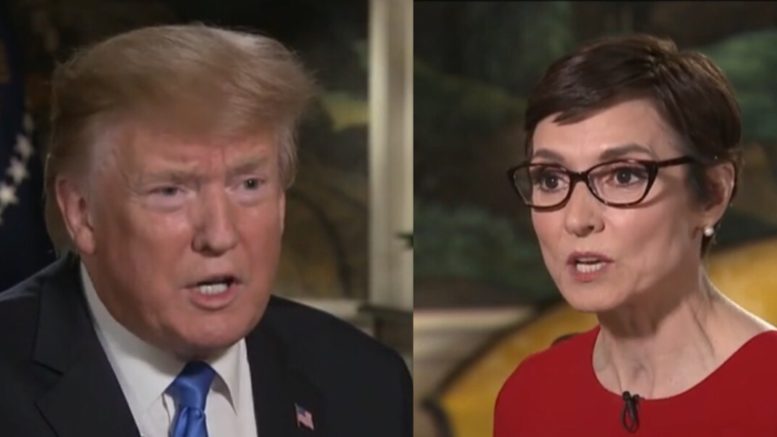 The first half of the interview was aired on Fox News at 6ET and the second half will be aired at 11ET on Thursday evening.

The President, during his interview, explained to Catherine Herridge that the White House has lost patience with Democrats as they have pushed back at their efforts to subpoena former White House Counsel Don McGahn and other officials to testify.

“They’ve testified for many hours, all of them. I would say it’s done. Nobody has ever done what I’ve done. I’ve given them total transparency. It’s never happened before like this. They shouldn’t be looking anymore. It’s done.” The Commander in Chief said.

As Fox News reported, Trump additionally told Herridge he expected that key FBI documents that may shed light on the origins of the bureau’s probe into his campaign could be declassified and released within a matter of weeks, or months at the latest. (Continued Below)

President Trump previously said that his attorneys advised him not to declassify and release the full documents — including surveillance warrant applications to monitor former Trump aide Carter Page and related materials — while the Mueller probe was ongoing, for fear the administration would be accused of obstructing justice by doing so.

He also weighed in on Joe Biden and Bernie Sanders, noting that they remain his most likely opponents in 2020.

“I’d be very happy if it were Biden, Sleepy Joe. I think he did a bad job. … I just don’t think he’d be a very good candidate. I mean, we’ll see what happens. I wish him well, I’d like him to get it. I’d be happy with Bernie. I personally think it’s between those two. I don’t see anybody else, but could be. You never know.” Trump expressed. (Continued Below)

Biden expressed his lack of concern over China as a global competitor to the U.S. at a rally on Wednesday, prompting a grim response from Sen. Mitt Romney, R-Utah.

“China is going to eat our lunch? Come on, man!” Biden exclaimed. “The fact that they have this great division between the China Sea and the mountains in the East — I mean in the West. They can’t figure out how they’re going to deal with the corruption that exists within the system. They’re not bad folks, folks. But guess what, they’re not competition for us.”

Reacting to those remarks, Trump said Biden was among many politicians “naive” over China. “For somebody to be so naive, and say China’s not a problem — if Biden actually said that, that’s a very dumb statement.”