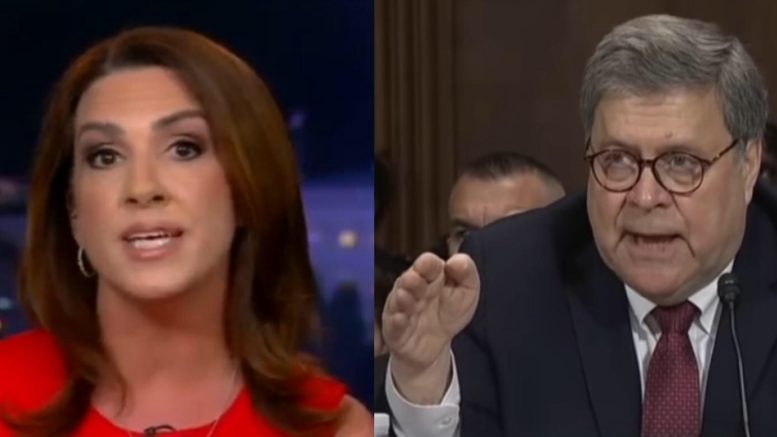 Investigative reporter and Fox News contributor, Sara A. Carter, took to Twitter on Friday where she pointed out “the only minute that mattered” on Wednesday during Attorney General William Barr’s testimony before the Senate Judiciary Committee.

Sara Carter wrote on Twitter Friday, “The only minute of the AG #BarrHearing that mattered || #MuellerReport”.

She was referring to when the Attorney General made a strong statement as he explained that constitutionally if a proceeding is not well founded or based on false allegations, the President does not have to let it run its course.

The Attorney General noted that the President can terminate the proceeding and that it “would not be a corrupt intent because he was being falsely accused.”

Barr added, “And, [the President] would be worried about his administration. That’s important because most of the obstruction claims that are being made here or episodes, do involve the exercise of the President’s constitutional authority.”

“And we now know that he was being falsely accused!” Barr declared. [Emphasized] (Continued Below)

Sen. Leahy responded to Barr’s statement and said that he did not agree with him.

The only minute of the AG #BarrHearing that mattered || #MuellerReport https://t.co/GBPW58v2CZ

Robert Mueller knew that by advancing his “improper investigation” that it would hurt the country. You can’t unwind the President’s legitimate actions from Article 2 powers. That was Mueller’s own problem. You couldn’t figure out where obstruction would have begun and where Article 2 would have ended.