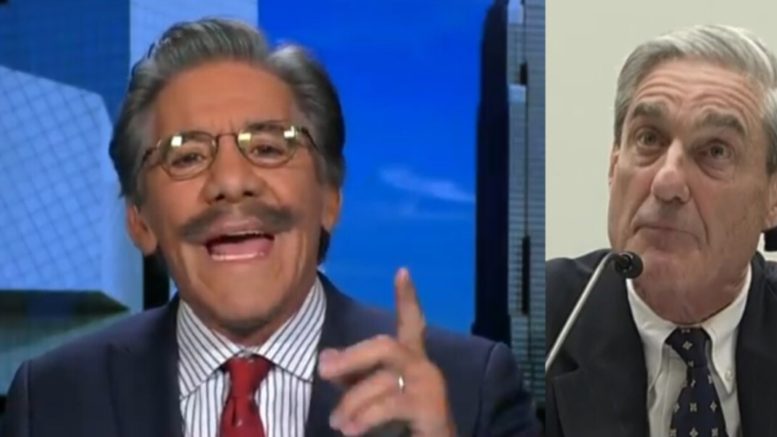 Geraldo Rivera joined “Fox & Friends” Friday morning where he weighed in on the aftermath of the released Mueller report and he wants answers related to the spying on Trump’s 2016 campaign.

This comes after The New York Times appeared to echo the spying allegations in what appears to be trying to get ahead of the Inspector General’s report that will be out in a few weeks.

An FBI investigator posing as a research assistant traveled to London in September 2016 and met with George Papadopoulos, a former Trump foreign policy adviser to gather information about the Trump campaign’s potential ties to Russia during the 2016 elections, according to a report by the New York Times.

“The extent of the counterintelligence investigation into the Trump campaign and the Trump presidency is extraordinary,” Geraldo expressed.

Geraldo continued, “But here I think is where the story will go from here: There’s now reporting that Robert Mueller, the Special Counsel knew a year ago that there was no collusion with the Russians. Did he tell the President of the United States that they had found no collusion? Did anyone say ‘hey, by the way, Mr. President, you’re in the clear.'” (Continued Below)

Geraldo went to say that for a year they let the President “dangled” worried that the intelligence apparatus of the United States government and Department of Justice was probing every aspect of his presidency.

“Were they looking for President Trump or people around him to prevent an investigation into a non-crime? In other words, were they trying to entrap the President of the United States to commit obstruction– to attempt obstruction?” He asked.

Geraldo wondered, “When you think about it, aren’t we on the same team here? Aren’t we all Americans? It’s not like we’re talking about the Nazi’s or the mafia or you name it. This is the FBI investigating the president of the United States– they find evidence to clear the president, but they don’t tell him, leading him to dangle.” (Continued Below)

Geraldo believes they owe President Trump an apology at the very least.

“They spied on the Trump administration in a way that was unprecedented, it was extraordinary, they owe the president an apology. He suggested.